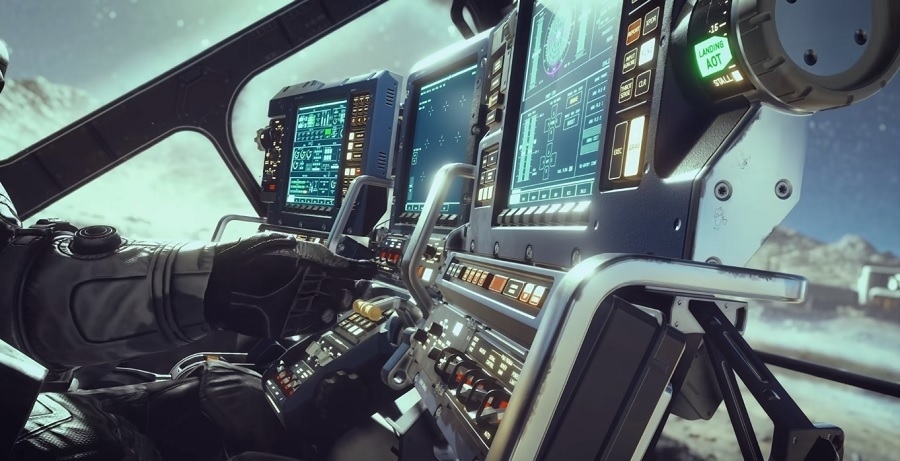 Bethesda Game Studios' next AAA project, titled "Starfield," is scheduled to arrive later this year. While the developer has released several concept art pieces in previous months, a new leak appeared in the wild that may have revealed another series of images from the upcoming space RPG.

The said images were first shared on Reddit. One of them shows a dome-shaped, gold-colored facility possibly located in one of the space stations that could be explored in "Starfield." The structure also has several markings of a logo of the company called Axion Energy that appeared in previous leaks.

Two more assets were revealed in the leak, showing more exterior shots and different parts of a station. But there is not much context that fans can get out of the images. The background in the first image is also just plain black, suggesting that the assets may have come from older builds of "Starfield." There is a chance for some or all of these images not to end up being included in the final version of the game.

However, the release of the new leaks was a good reminder that "Starfield" is coming this year. The new RPG is currently slated to launch on Nov. 11, exclusively on Xbox Series X/S and Windows PC.

So far, Bethesda has revealed few details about the factions and main locations that players will be able to explore in "Starfield." Factions with conflicting interests are likely one of the primary sources of conflicts in "Starfield," but Bethesda previously said players would have to learn about them while exploring the world known as the Settled Systems. Players will join an organization called Constellation, with missions that will likely lead to the exploration of the Settled Systems and interacting with the factions.

However, for fans looking for a full gameplay trailer, they will have to wait a few more months. During an Ask Me Anything session on Reddit last November, Bethesda Game Studios director Todd Howard revealed that they are planning on revealing more teasers in summer.

"We prefer to just show it, which should be next summer," Howard said when asked if "Starfield" is going to set the standard for next-gen RPGs. "We're happy with the advancements we've been able to make, some of which you can see in the trailer shot in-game."