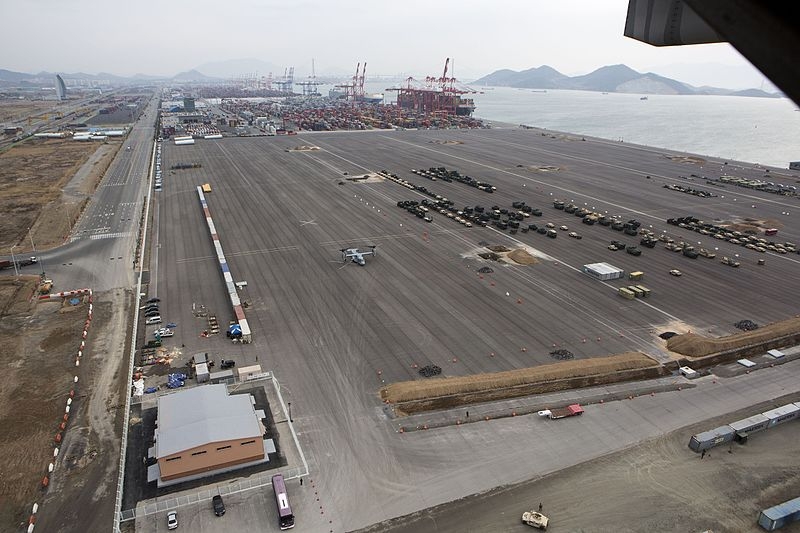 Unionized truckers in South Korea went on strike, protesting the rising prices of gas and the minimum pay. This week, the truckers and the government reached a settlement, effectively ending the strike.

The strike by the truckers was related to the rising prices of gas as well as the minimum pay demands, and the strike caused a disruption of car production, a delay in shipments for semiconductors, and a shutting down of steel plants.

As one of the responses to the truckers' strike, the Transport ministry consigned around 100 cargo trucks that would be operated by the South Korean military to ship containers in and out of ports, including Busan.

The military shipped containers to and from locations mainly short distances with the ports in order to make more space.

As part of the agreement between the union and the Transport Ministry, the minimum freight rates would be extended and continued discussions to expand a guarantee of minimum pay for carrying cargo to cover additional products. The Transport Ministry will also conduct a review on expanding fuel subsidies.

"So the strike has been called off until our demands are passed in parliament," said the head of the union's Busan chapter Park Jung-hoon. "In the next two to three days, 100 percent of unionized workers are expected to return to work after they get some rest. There might be some shippers who seek retributions, and in such cases, we will respond strongly."

The interim leader of South Korea's liberal Democratic Party Woo Sang-ho, whose party currently holds the majority in the country's parliament, welcomed the agreement but noted the aspect of guaranteeing freight rates would require legislative action and called for "fundamental improvement" in order to address the conditions that workers are facing.

In a joint statement with the party committee and the union, it said the ruling political party must not stay a "mediator, but should promote directly" the minimum freight system as it is related to the safety of the people.