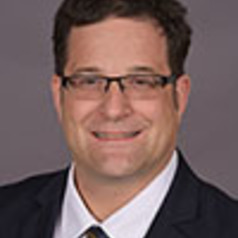 The world swimming championships currently taking place in South Korea have been attracting global attention not so much for the performances in the pool as the protests over alleged doping taking place on the podium.

The target of these protests has been the Chinese swimmer Sun Yang. After Sun won his fourth straight world title in the 400-metre freestyle, his arch-rival, Australian Mack Horton, refused to take the podium to receive his silver medal.

The protests have again shed light on the problems with the system set up to prevent doping in elite sport.

Many have heaped praise on Horton and Scott for protesting the alleged misdeeds of a suspected drug cheat. But it’s important to look at the facts surrounding Sun’s case before vilifying him in such a public way.

The facts of the case

It is true that Sun has a dubious history when it comes to drug testing. In 2014, he served a three-month suspension after testing positive for the banned stimulant trimetazidine, which he said was used to treat a heart condition.

More recently, one of Sun’s security guards used a hammer to smash a vial of his blood last year to prevent a doping test on the sample. While this action would certainly raise suspicions, digging deeper into the facts of the case reveals there is much more to the story.

To make sense of the controversy, one must understand the anti-doping system and the athletes’ rights within the system. Central to an effective anti-doping program is a standard set of procedures designed to protect all athletes from malicious or inappropriate testing processes.

Sun’s sample was collected by three doping control officers, but only one of them had the appropriate accreditation to carry out the test. Acknowledging this fact, a doping tribunal with FINA (the International Swimming Federation) concluded earlier this year that

the blood that was initially collected (and subsequently destroyed) was not collected with proper authorisation and thus was not properly a ‘sample’.

As a result, the tribunal concluded that the sample collection was “invalid and void”.

In addition, one of the doping control officers breached athlete confidentiality by taking photos and videos of Sun during the collection process. This is an important procedural breach. In accordance with World Anti-Doping Agency (WADA) procedures, an athlete is guaranteed anonymity until a sanction for a doping violation is handed down.

There was also only one male doping control assistant to collect a urine sample, another violation of procedures outline by WADA. The tribunal noted:

Such facts, once established, are a compelling justification for the athlete to refuse to have any further personal and sensitive contact with the DCA [doping control assistant].

Ultimately, the FINA doping tribunal determined that the appropriate procedures for collecting Sun’s samples were not followed, clearing the way for him to compete at the world championships.

A flawed system, but also fair

This isn’t to say that Sun is without fault. There are procedures that athletes must follow to contest a flawed or faulty sample collection – and smashing a vial of blood is clearly not an appropriate response.

While the world swimming governing body accepted the doping tribunal’s findings, WADA has appealed the finding to the Court of Arbitration for Sport (CAS). If the CAS verifies the procedural problems with the sample collection, it is very likely that Sun will be exonerated.

Sun’s case highlights the flaws in the anti-droping regime, but it’s also important to remember that the WADA Code and urine and blood sample procedures are designed to ensure all athletes are treated fairly within a standardised process.

This system is designed not only to protect the sport from drug cheats, but also to protect athletes from being falsely accused.

Being called a “doping cheat” is one of the worst accusations an athlete can face. So, while Sun is not blameless, his accusers should consider the possibility that it is the anti-doping system that is actually at fault in this case.

Richard Ings, the former Australian Sports Anti-Doping Authority (ASADA) chief, came to Sun’s defence for this reason. Describing himself as “no fan of Sun Yang”, he nonetheless said

I do believe that athletes are treading a very treacherous path if they are making allegations against other individuals that they cannot substantiate.

No matter the sport, be it swimming or any other, the fight against doping will always exist. But only once the doping control process has determined that an athlete has violated the rules can we safely label him or her a “drug cheat”.