'Decarbonisation' may be the wrong goal for energy – here's why

Refugees don't undermine the US economy – they energize it

Small firms can provide jobs, but big firms are the key to economic growth in Africa 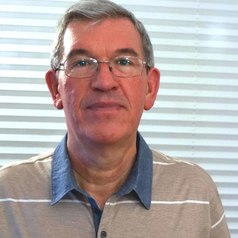 Almost all developing countries have policies to promote small and medium-sized firms. The reasons for this choice are clear. Small firms appear to create lots of job with relatively little capital and jobs are desperately needed in sub-Saharan Africa with its growing young population. In contrast large firms are usually ignored, it being implicitly assumed that their size indicates success. Ghana is no exception.

But to know how small and large firms compare when it comes to their relative importance in the economy – and to develop policies – it is important to have data. We have put together survey data that enables us to compare small with large firms in Africa. In addition, we have supplemented this with census data. This has enabled us to measure all firms, not just those covered in the survey.

The Ghana Statistical Office has recently made census data available that enables us to show how firms of differing size in the manufacturing sector have performed between 1987 and 2003. The results are rather remarkable.

But it is large, not small, firms that provide most of the value-added in the manufacturing sector. The very small number of large firms means that growth is limited as the high productivity sector has been failing to grow nearly as fast as the small firm sector.

What this tells us is that government policies that promote small firms are clearly desirable as small firms do provide lots of jobs. But policies to promote large firms would be even better as the jobs created would be much more productive ones. It is an increase in the number of high productivity firms that is the key to rising incomes from better paying jobs. For rapid growth in incomes it is more (many more) jobs in large firms that is required.

In a recent working paper I set out the data that underlies those conclusions.

The evolution of manufacturing firms in Ghana

Combining the data from the Ghana censuses for 1987 and 2003 with data from the 1962 census it is possible to provide a picture of how firms in Ghana’s manufacturing sector have performed from the years immediately after independence in 1957 to 2003. This is a period when the economy experienced a sustained collapse of its income and, from the mid-1980s, a sustained recovery. So, rather by chance, the three censuses provide a picture of what happened to firms across this period of dramatic changes at the aggregate level.

In 1962 the census recorded a total of 95,158 enterprises for the manufacturing sector, the 1987 census recorded 7,737 and the 2003 census 25,865. What can explain these radical differences? The answer is, in part, geographical coverage and, in part, how firms are defined. Both matter for understanding what has happened to firm size and growth in the period since independence.

The 1987 and 2003 censuses only covered urban areas and they excluded enterprises run by the self-employed which had employees. As we have information from the population census for such enterprises it is possible to add these to the number of firms as recorded in the census to obtain a picture of the evolution of firms on a consistent basis.

Of the 95,158 firms recorded in the 1962 census, 72,348 were located in rural areas. It is therefore possible by combining the data from the population census with the census for manufacturing firms to provide a consistent description of the evolution of firms in urban Ghana, where a wide definition of firm is used that includes self-employed enterprises with employees. In Figure 1, the evolution of such firms in urban Ghana is shown between 1962 and 2003.

The dramatic change in the number of firms in Ghana occurred between 1987 and 2003, and growth in numbers was concentrated in the small firm sector. Here numbers more than tripled from about 20,000 to nearly 80,000.

This percentage fell slightly between 1987 and 2003 implying that the growth rates of firms, as distinct from self-employed enterprises, was slightly higher. For both types of firms growth rates were massive at nearly 7% per annum on average over the period from 1987 to 2003. What the explosion of small firms tells us

So what can account for this explosion in the growth of small firms in the period after 1987? The most obvious difference that distinguishes the period after 1987 from the period before is the changed foreign exchange regime, which removed limitations on the purchases of cedis and the far more rapid growth of the economy. Indeed the most recent estimates for gross domestic product suggest that per capita gross domestic product in Ghana fell by 1.6% per annum between 1973 and 1990 and rose by 2.4% per annum between 1990 and 2008. That is a full 4% per annum improvement in the growth rate for the economy.

The evidence rather strongly points to an improved macroeconomic environment that enabled small firms to expand rapidly in numbers but for very modest growth in the number of large firms. This is both surprising and important.

Much policy discussion focuses on the problems faced by small firms in economies like Ghana. The evidence from the census is that small firms do fine in being able to form. It is large firms that seem to suffer constraints on their growth in numbers.

Why does it matter which sort of firms grow? Surely all growth means more jobs and employment for people desperate for such jobs? Well it matters a lot because small and large firms differ greatly in their contribution to the economy and in their productivity, that is how much value-added each worker produces.

To see just how important these differences are, we show in Figure 3 the contribution of the firms, which includes the self-employed enterprises ones, to value-added, that is a measure of the net output of the firm. Now, far from large firms being hard to see, as was the case in Figures 1 and 2 when we were looking at the number of firms, Figure 3 shows that large firms, despite their very small number, produce far more value-added than small or medium-sized ones. Indeed in 2003 large firms, which were less than 0.5% the number of firms, produced 56% of value-added.

Another way of presenting just how important large firms are relative to small ones when it comes to producing value-added is to note that the top 1% of firms produced 63% of value-added. So how is it done? The answer is given in Figure 4. Large firms are massively more productive than small ones and this productivity difference seems to have increased quite rapidly over the period from 1987 to 2003. While in 1987 large firms were about twice as productive as small firms, in 2003 they were nearly ten times as productive.

It is this fact that explains why small firms have exploded in importance in numbers but have remained small players when it comes to providing output for the economy.