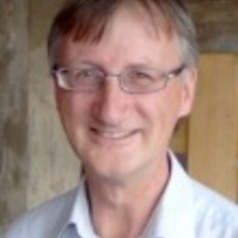 During the UK’s EU referendum campaign, the economy was reported to be an important topic for the electorate. Yet voters said they were not being told enough to get a clear view of the economic consequences of their choice.

Politicians from both sides offered assertions and simple rebuttals but rarely any solid arguments to justify their positions.

Was this because none of them had even a rudimentary grasp of the economic arguments, or because they believed that voters would be bored or confused by anything more than a soundbite? Or was it because they also relied rather heavily on communicating via news and social media and these media prefer quick and simple opinions? A standard reporting format used by BBC TV news was: “Smith says X is true and Jones says X is not true and we have no way of judging between them”.

It is difficult to see how this level of public discourse offers much promise for a healthy democracy. Of course, there are those who argue that the economic ignorance of the median voter means that we would all be much better off if we allowed markets to get on with their job without any disturbance from democracy.

But this misses the connections between globalisation, alienation and chaos. It also ignores the connections between alienation and lack of knowledge. The point is not that the alienated should understand their situation as economically inevitable. The point is that an economically literate electorate should increase the demand on politicians and journalists to offer and examine reasoned argument in support of economic claims.

It might even narrow the scope for politicians to make sweeping, non-credible claims in the belief that enough people will be taken in. Voters have a right to be able to see when politicians and journalists say stupid things about the economy.

No time on the curriculum

Schools in England play a negligible role in educating young people to understand their economy. A brief flirtation with “economic awareness” in the early days of the national curriculum was dumped by the Dearing review in 1994. A ludicrous one-liner was left in the non-statutory citizenship curriculum for 14- to 16-year-olds, who were to be taught “how the economy functions”.

Teachers with no training in economics were expected to achieve this objective in a couple of hours. The impact of this shortcoming is indicated by a 2002 survey which reported that roughly three-quarters of 15- to 17-year-olds mistakenly thought that:

Less surprisingly, a large majority believed the government should spend more and that people should pay less tax.

Experience of adult life does little to improve this worrying picture. Evidence from Australia, the UK and the US has found that adults display economic understanding little better than that of young people. There is widespread belief that there is no contradiction between wanting governments to increase total spending and decrease total taxation.

Economics has long been a subject option – it is not compulsory – for 16- to 18-year-olds, and two decades ago it was one of the most popular advanced level subjects. But the proportion of schools offering the subject slid to little over 10% by the mid-2000s as schools preferred to offer psychology and business studies.

Economics is still a popular choice for undergraduates, but take-up is heavily skewed towards high-achieving boys from professional and managerial families who study at elite universities. By 2008, the subject was reported as at risk of dying out in schools since only three new teachers of economics had been trained for the whole of the country.

The prospects for changing this state of affairs are, frankly, not great. There is little incentive for politicians to do anything that would enable the electorate to be more critical of the claims they make. It is true that in the last few years a large and energetic group of MPs has lobbied for the inclusion of financial education in the curriculum and succeeded in getting a mention for financial education in the mathematics and computing curriculum.

But their recent follow-up report lamented the lack of progress in implantation. In any case, the version of financial education being promoted neglected scrutiny of government finances.

Current government policy is transferring responsibility for the curriculum to schools, but only in the context of an accountability and examination regime which fiercely encourages a focus on a few traditional academic subjects. When secondary schools really did have a strong influence over the curriculum, this was largely driven by the interests of strong professional subject teacher groups. Economics teachers in schools have been a dwindling and marginalised group for some time.

Shortly before the general election in 2015 the Daily Telegraph ran an article with the title “If voters don’t believe that ‘it’s the economy, stupid’, we’re all doomed”. On the morning after the referendum the value of UK companies was marked down by £140 billion and the UK’s credit rating was downgraded. We are more likely to be doomed by politicians and journalists thinking that voters can’t understand anything about how an economy works in a globalised world.

Peter Davies has received funding from the Economic and Social Research Council and the Nuffield Foundation to investigate patterns of subject choice.