Samsung Galaxy Tab S8 design, specs: ‘Ultra’ model has a display notch on the side in new renders 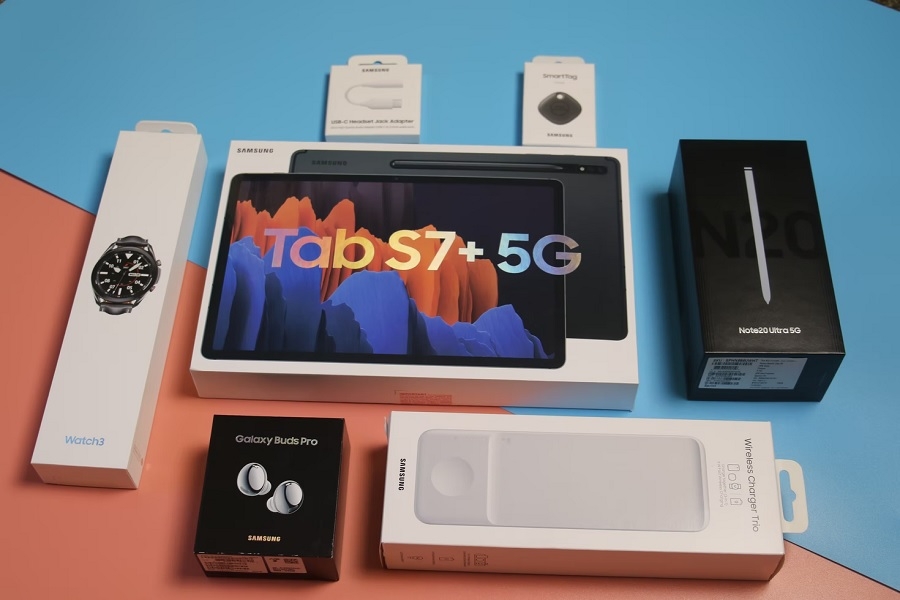 Samsung’s new flagship tablet series is coming later than anticipated, but new leaks suggest it is definitely in the pipeline. A recent report has revealed renders of the upcoming Galaxy S tablets, along with a new model dubbed Galaxy Tab S8 Ultra.

Counting the new Ultra model, Samsung is expected to introduce three new tablets included in the series. But the Galaxy Tab S8 Ultra appears to be the most interesting because of its rumored design.

Thanks to long-time reliable leaker Steve Hemmerstoffer, a.k.a. OnLeaks, Samsung fans now have an idea how the upcoming tablet would look like. The Galaxy Tab S8 Ultra renders, shared through 91Mobiles, look similar to the existing Galaxy Tab S7 models for the most part. The biggest difference is the presence of a small display notch.

When the Galaxy Tab S8 is used in portrait orientation, the notch will appear on the right side of the display. But when the tablet is used in landscape view, the notch would then be at the top center of the screen, similar to Apple’s newest MacBook Pros.

Samsung has yet to confirm the leaks, but considering Hemmerstoffer’s track record seeing a display notch on the Galaxy Tab S8 Ultra appears likely. If the renders have accurate details, a notch on a high-end tablet would be an interesting move from Samsung since the company has already ditched this display element on its premium phones for years.

Aside from the notch, the Galaxy Tab S8 Ultra is also the only tablet in the series to introduce a new screen size. The base model and S8+ are both expected to retain 11-inch and 12.4-inch screens, while the new Ultra variant reportedly has a 14.6-inch display.

Details on the regular Galaxy Tab S8’s technical specifications were also leaked, giving Samsung fans a basis of the upgrades to expect from the series. The tablet is expected to be powered by Snapdragon 888, with 8GB RAM, 8000mAh battery, and support 45W fast charging.

The release date of the Galaxy Tab S8 series is still unknown. There is a small chance that Samsung could squeeze in another key product launch in the remaining months of the year. In this case, tech fans may have to wait until 2022 to see the new tablets in the market.