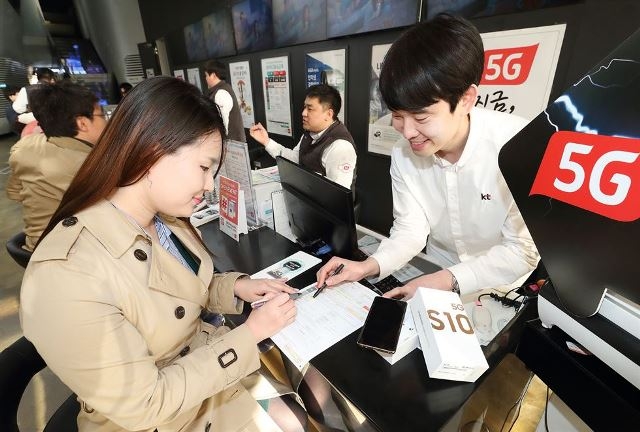 It was the first time for the increase in 5G users to jump by over one million.

South Korea registered 12.87 million 5G subscriptions as of end-January, up 1.02 million from the previous month, according to the data from the Ministry of Science and ICT.

It was the first time for the increase in 5G users to jump by over one million, which occurred when Samsung Electronics Co.'s latest flagship Galaxy S21 smartphone was launched.

The Galaxy S21 exhibited a 30 percent sales increase in South Korea in the first 11 days of its launch than its predecessor.

SK Telecom Co., the top wireless carrier, is aiming for 9 million 5G users by the end of the year, while rival LG Uplus Corp. is targeting 4 million.