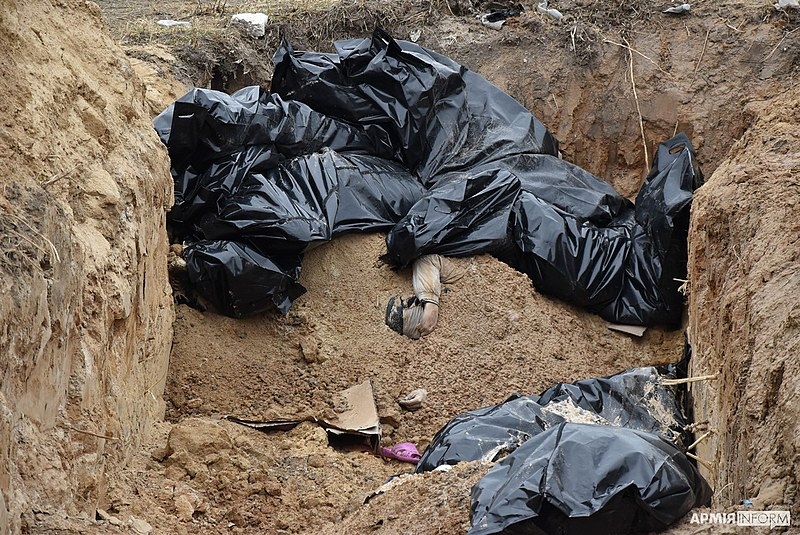 The Czech Republic, which currently holds the EU presidency, has called for a war crimes tribunal after bodies were exhumed from mass graves in Izyum when Ukrainian forces reclaimed the city.

Czech foreign minister Jan Lipavsky said Saturday that the war crimes made against Ukrainian civilians are “unthinkable and abhorrent.”

“Russia left behind mass graves of hundreds of shot and tortured people in the Izyum area. In the 21st century, such attacks against the civilian population are unthinkable and abhorrent. We must not overlook it. We stand for the punishment of all war criminals,” tweeted Lipavsky.

This call follows the discovery by Ukrainian authorities of around 450 graves outside Izyum which was previously occupied by Russian forces prior to Ukraine’s counter-attack.

Some of the exhumed bodies showed signs of torture. Ukrainian President Volodymyr Zelenskyy said there was “new evidence” from the buried bodies in the area.

“More than 10 torture chambers have already been found in various cities and towns liberated in the Kharkiv region,” said Zelenskyy in his nightly address, citing the discovery of electric-powered torture instruments.

“That’s what the Nazis did. This is what Ruscists do. And they will be held accountable in the same way – both on the battlefield and in courtrooms,” said Zelenskyy, referring to “Russian fascists” as “Ruscists.”

Even as Ukrainian forces are succeeding in their counter-offensive, NATO Secretary-General Jens Stoltenberg said that this does not mean the beginning of the end of the war that is approaching its seventh month.

Speaking on BBC Radio Friday last week, Stoltenberg said Ukraine’s success so far has been “encouraging” noting that they were able to reclaim occupied territories and strike behind Russian frontlines.

However, Stoltenberg said this does not mean that the end of the war is approaching and that the world must prepare long-term. Ukraine recently launched its counter-attack on the southern area of Kherson.