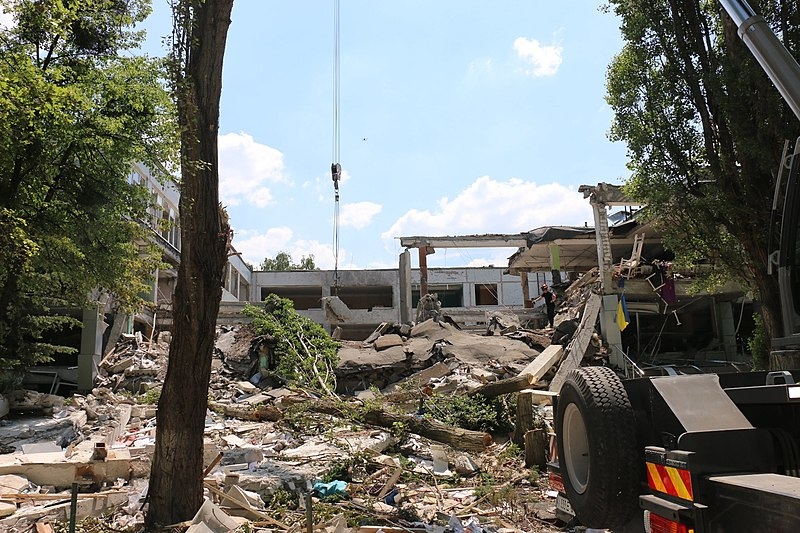 Dozens of probes have already been launched into the potential war crimes committed by Russians in its unprovoked invasion of Ukraine. Human rights group Amnesty International said Russia is guilty of committing war crimes during its bombardment of the Ukrainian territory of Kharkiv.

Reuters reports Amnesty International said Monday that Russian forces are guilty of war crimes in its bombardment of Kharkiv with cluster munitions and landmines that indiscriminately killed hundreds of civilians. Kharkiv was almost constantly getting bombarded by Russian attacks from the beginning of the invasion in February until Ukrainian troops drove them out by May.

Ukraine said 606 civilians were killed in Russia’s bombardment of Kharkiv, with 600,000 people evacuating for safety.

Amnesty said in its report that after a 14-day investigation in April and early May, there was evidence that Russia made use of cluster munitions and landmines in Kharkiv.

“The repeated bombardments of residential neighborhoods in Kharkiv are indiscriminate attacks which killed and injured hundreds of civilians, and as such constitute war crimes,” said the group in its report.

To note, Russia and Ukraine are not signatories to an international agreement banning cluster munitions.

However, the group’s research consultant Jean-Baptiste Gallopin told the outlet that Using such weapons is still considered a war crime if it is indiscriminate and kills or causes harm to civilians. Gallopin cited a cluster munitions strike on a playground in Mira Street in Kharkiv, which killed nine people and injured 35.

On the other side, Gallopin also said Amnesty found that Ukraine also breached international laws by positioning their artillery near residential buildings, which attracted Russian fire. However, Gallopin noted that this does not excuse the “relentless shelling” by Russian forces.

Meanwhile, Ukraine said Tuesday that its troops are still holding out in the city of Severodonetsk, where much of the fighting seems to be taking place as Russia looks to capture the city. The troops are trying to evacuate the civilians that are trapped in the area, especially as Russia destroyed the last bridge to the bombarded city.

“The situation is very difficult here, but there is communication within the city,” even as the last bridge over the Syverski Donets river was destroyed, said Severodonetsk mayor Oleksandr Stryuk. “Russian troops are trying to storm the city, but the military is holding firm.”