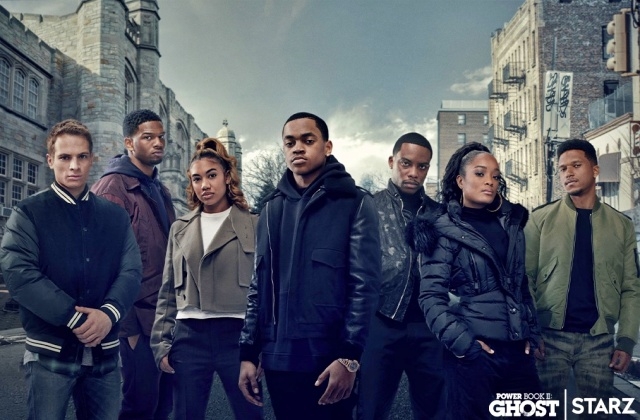 The second half of “Power Book II: Ghost” season 1 is set to return soon after a few weeks of break. This will be an exciting next half as former enemies have become allies as they have the same goal now which is to bring down Tariq (Michael Rainey Jr.), Tasha (Naturi Naughton) and Ghost St. Patrick’s (Omari Hardwick) son.

When it returns, fans will be viewing “Power Book II: Ghost” season 1 episode 6 titled “Good vs. Evil.” This will pick up from where exactly the fifth episode ended that showed David MacLean (Method Man) and Cooper Saxe (Shane Johnson) teaming up to pin Tariq to Ghost’s death and put him behind bars.

The previous episode titled “The Gift of the Magi” is a bad scene for Tariq because he was caught by Saxe as he was confessing to his crime. What’s even more troublesome is the fact that his confession was recorded and was relayed to MacLean.

Now Saxe and MacLean are planning to get Tasha out of jail but they will make sure to put Tariq in her place. Tariq is still not aware that trouble is brewing for him and he continues to work with Monet Tejada to earn more money and get his mom out of prison.

In any case, “Power Book II: Ghost” season 1 episode 6 was delayed as the production team and cast were forced to stop filming due to COVID-19. They were only able to resume recently and showrunner Courteney Kemp revealed that they have finally finished the production of the first season.

“I can’t believe we just wrapped production on season 1 of Ghost,” Kemp wrote on Instagram. “Through the strength and perseverance of our producers and our indomitable cast and crew, we were able to pull together and walk through this quarantine to bring the final episodes to you.”

“Power Book II: Ghost” season 1 episode 6’s official synopsis has been revealed and it reads: “Tariq's hands are tied, fearing that fully letting Brayden in on their arrangement with the Tejadas has put him on a violent collision course with Cane.”

It is not yet clear what this means but it seems the episode will center on the Tejada family too. They are also being wary of Tariq because they don’t fully trust him yet so it may reveal more reasons why the clan feels this way.

Meanwhile, “Power Book II: Ghost” season 1 episode 6 is set to arrive on Dec. 6 on Starz. The finale of this season is expected to be released on Jan. 3