‘Better Call Saul’ season 6: Will Aaron Paul appear in the finale? Filming update and other details to know 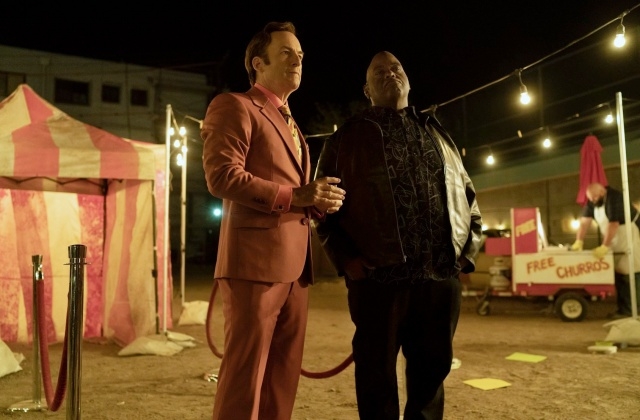 The finale of “Better Call Saul” is now on its way and the viewers can expect a grand ending. It is also hoped that the show will be able to answer the questions that were raised by its avid followers such as what happened to Jimmy McGill’s wife Kim Wexler and other characters who were not seen in the “Breaking Bad” series where the drama was based.

With the “Better Call Saul” season 6, Jimmy McGill’s (Bob Odenkirk) full transformation to his original “Breaking Bad” character will surely happen. He will turn into Saul Goodman and be the nasty lawyer that helps the criminals that he is known for.

The “Better Call Saul” season 6 is a much-awaited finale but unfortunately, filming for it has not started yet so it is clear that its premiere will also be delayed. The production was supposed to start this year but just like the other shows, it was forcibly put on hold due to the COVID-19 outbreak that has become a worldwide pandemic.

Giancarlo Esposito who plays Gus Fring in the drama talked about the filming delay during his previous interview with “HeyUGuys.” The good news is that he confirmed they were already informed when they would resume the shoot for the final season of “BCS.” He said that showrunners Peter Gould and Vince Gilligan told him they will be returning to the set soon.

"We were slated to go in September,” the actor told interviewer Stefan Pape. “We now look like we'll be going in March. We have a brilliant team of writers so it's always exciting to think about getting back to work.”

Aaron Paul and Bryan Cranston appearance in the final installment

Since “Better Call Saul” season 6 is going to be the last, many fans are hoping they will see Jesse Pinkman and Walter White again. It has been seven years since “Breaking Bad” ended and as the show’s viewers still clamor for the drama’s return, they would like to get a glimpse of the well-known characters even if it will be a brief appearance only.

But then again, the production team suggested that Aaron Paul and Bryan Cranston are not likely to reprise their roles in the finale of “BCS.” It was explained that their characters have no place in the story as it will all be focused on Jimmy McGill and Kim Wexler.

“We have an idea for where we think this is going, what ends all this, and characters who may or may not return like Walt and Jesse,” Vince Gilligan explained to Collider. “But you don’t want to commit to anything too much because things change and if the story zigs or zags in a way that makes it impossible for us to have even beloved characters back, we won’t have them back.”