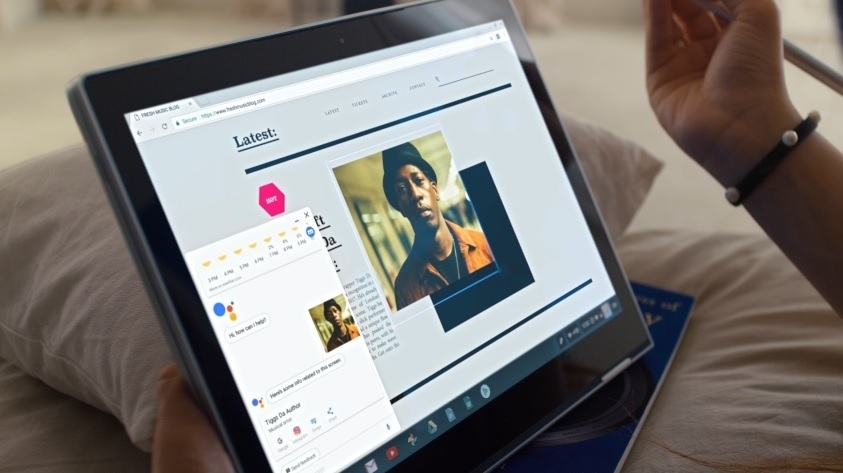 From the Pixelbook official trailer | Photo credit: Made by Google/YouTube screenshot

Chromebooks enthusiasts have been waiting for a while for Google to unveil the direct follow-up to its tablet-laptop hybrid that the rumor mill has been calling the Pixelbook 2. If a recent benchmark test result is to be believed, the company might just fulfill their wishes with a twist.

Google’s Chrome OS-powered devices have so far all been powered by Intel processors. But if the series of Geekbench tests are to be believed, the sought-after Pixelbook 2 might become the company’s first flagship Chromebooks with AMD Ryzen processors.

Four different devices, all named “Google Zork,” appeared on Geekbench this week all equipped with a 4-core Ryzen 7 3700C and a Radeon Vega graphics card. This is an interesting development considering that a device codenamed “Zork” was first reported last year by About Chromebooks.

Geekbench listings are typically good sources of information leaks about upcoming devices. However, Chromebook fans should still take this with a pinch of salt. Notebook Check suggests, considering all listings were posted on April 1, this might just be a convoluted way to prank those who have been wanting to see Pixelbook 2 happen.

On the other hand, it is also not far-fetched for Google to finally release a follow-up to the 2017 Pixelbook. It has been essentially delayed for two years now after the company opted to launch the Pixel Slate in 2018 and Pixelbook Go last year.

With Samsung joining the Chromebook competition, Google might be finally convinced it is time to release the much-awaited Pixelbook 2 with premium specs and features that would rival the Galaxy Chromebook. In case Google is going to announce the Pixelbook 2 this year, the device might be unveiled sometime in fall along with other devices.

Tech fans should not be mistaken as the Pixelbook Go is not an ample replacement for the Pixelbook 2. For one, the Pixelbook Go lacks the 2-in-1 form factor that Google’s premium Chromebook introduced in 2017. As Pixelbook Go’s name suggests, it is Google’s way of introducing a device marketed toward people always on-the-go as it sports a lightweight design.