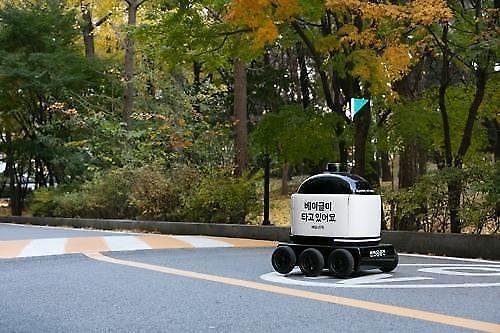 Self-driving robots, considered automobiles under local rules, were banned from running alongside pedestrians and could not be equipped with cameras on privacy concerns.

Self-driving robots, considered automobiles under local rules, were banned from running alongside pedestrians and could not be equipped with cameras on privacy concerns.

The new robot testing rule is among a set of regulated projects approved by the Ministry of Trade, Industry, and Energy, that lift excessive barriers and foster new growth engines.

The ministry expects the pilot-run program to help vitalize the robot-based logistics industry while contributing to setting self-driving robot laws in the future.

The other projects approved by the ministry include the hydrogen charging station for trains, which does not have guidelines on its establishment and operation.