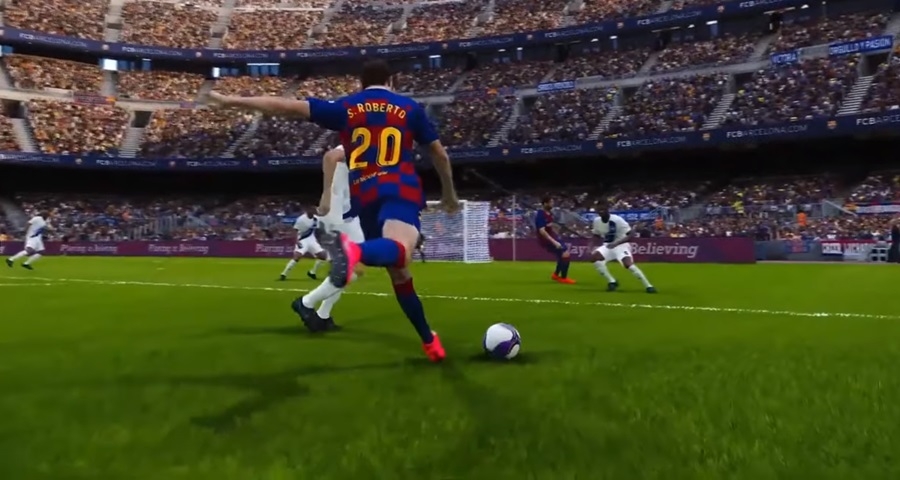 “PES 2020” is a superior version of its 2019 self and has been met with general positivity based on numbers shown by review aggregator site Metacritic. Having said this, the game does have several issues that can easily frustrate players.

For instance, the AI of “PES 2020” can sometimes turn into a complete spectator as it’ll allow players to breeze pass them without challenging their advance. What’s worse is that even with the ball clearly and easily up for grabs, the AI would just stand there and stare at it before pursuing possession.

This could get frustrating fast as it would sometimes result in an uncontested goal. The referee of “PES 2020” is also a point of annoyance for players as it absolutely loves being picky with its decision making.

One moment it’s super strict and punishes a player for an acceptable defense or offense. Next thing you know, it’s staring into space despite directly looking at a blatant foul committed in front of it. And that’s not even mentioning the fact that the referee of “PES 2020” is adamantly refusing to get his card out even with a lot of prodding, Eurogamer reported.

Other annoying details include prolonged logo display during replays, repetitive commentary, and other small details that are decreasing the gaming experience. And while the menu of “PES 2020” is better than last year’s installment, it’s not much of an upgrade either.

Having said this, “PES 2020” is actually a better choice for some when compared against “FIFA 2020.” EA’s entry this year has been filled with so much issue, the most damning of which – so far – is leaking the information of 1,600 players who registered for the Global Series.

“We've determined that approximately 1,600 players were potentially affected by this issue, and we are taking steps to contact those competitors with more details and protect their EA accounts. Player privacy and security are of the utmost importance to us, and we deeply apologize that our players encountered this issue today,” EA announced, following the massive gaffe. To conclude, “PES 2020” and “FIFA 2020” are games that have their own shortcomings.

And to be honest, both aren’t all that groundbreaking since they’re basically upgraded versions of their 2019 selves. But due to the severity of issues that have plagued “FIFA 2020,” it’s understandable that “PES 2020” has overtaken its rival on Metacritic.