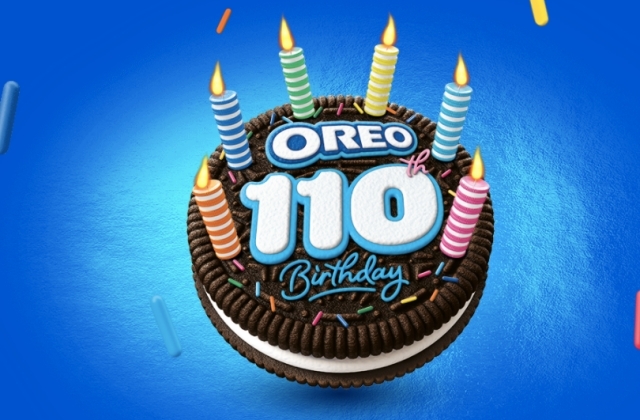 Oreo is turning 110 in March, and to mark its special day, it is releasing a special flavored cake that has been described as the "first-ever" flavor in the history of the cookie brand. The famous creme-filled sandwich cookie announced it would be releasing the Chocolate Confetti Cake for its upcoming birthday.

As its name suggests, the new Oreo product will have lots of sprinkles and it will feature two layers of filling. One is the cookie's signature creme flavor with sprinkles and the other layer is a chocolate-cake flavored creme.

As per CNN Business, Oreo will begin selling the celebratory cake on Jan. 31 and will be out in the market for a limited time only. It was also noted that this is a unique cake because this is the first time that the cookie brand has added sprinkles inside and on the outside part of the cookie.

Oreo is turning 110 on Mar. 6 which means it has been around since 1912. It was the National Biscuit Company that first sold the cookie to a grocery store in Hoboken, New Jersey. Since then, Oreo has always been on the grocery shelves, and it has introduced various flavors throughout the years.

The cookie brand also collaborated with popular celebrities to come up with new, exciting flavors such as the Oreo's Lady Gaga flavor that was released last year. The limited-edition cookies feature designs based on the singer's "Chromatica album. Some of the latest flavor offerings are toffee crunch and ultimate chocolate-flavored creme.

People mentioned that while Oreo's Chocolate Confetti Cake is hitting the shelves on Jan. 13, fans can already pre-order online. Now, to mark the cookie's special day, the cake is just the start of the celebrations as sweepstakes also await the fans.

"For over a century, OREO has brought fun, playful experiences to fans and we will continue to do just that as we celebrate our 110th birthday," Oreo's US brand manager, Sydney Kranzmann, said in a press release that was posted on Mondelez International's website.

He added, "Our celebration is inspired by the magical birthday moment that spans generations and cultures when you close your eyes, blow out the candles, and make a wish. We are so excited to celebrate 110 years of Milk's Favorite Cookie by encouraging fans to embrace this birthday magic no matter their age and to never stop wishing – we'll even be granting some fan wishes through our special sweepstakes prizes!"