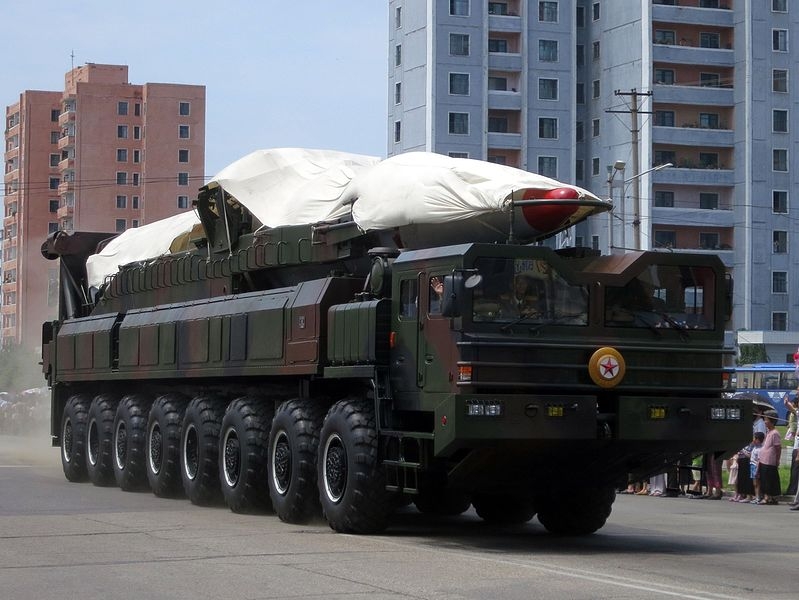 As talks remain at a standstill, North Korea is moving forward with its nuclear programs and missile tests. The recent missile test in North Korea this week was revealed to be a hypersonic missile.

North Korea said that its recent missile test Wednesday was of a hypersonic rocket and that it succeeded in hitting its target. Japan and South Korea detected the launch, and this marks the first test since October and the second test of a hypersonic missile. The test also comes despite the United Nations banning such testing.

Compared to ballistic missiles, hypersonic missiles can fly towards targets at lower altitudes and achieve more than five times the speed of sound, which is about 6,200 kilometers per hour.

“The successive successes in the test launches in the hypersonic missile sector have strategic significance in that they hasten a task for modernizing strategic armed force of the state,” said state-owned media outlet KCNA. During the Wednesday test, the “hypersonic gliding warhead” detached from the rocket booster and maneuvered 120 kilometers laterally before it hit the target that was 700 kilometers away, according to the outlet.

The US State Department condemned the recent test, saying that it breached UN Security Council Resolutions, posing a threat to the isolated nation’s neighbors and the international community. US President Joe Biden and his administration have expressed willingness to re-engage with North Korea. However, Pyongyang remains dismissive of the US, describing the overtures as “empty” without any changes to policies it deems “hostile,” like sanctions and military drills with South Korea.

Previously, a survivor of North Korea’s crackdown on Christmas and Christianity revealed that North Koreans are not allowed to practice any religion that does not worship the Kim dynasty. North Korean defector Timothy Cho told Express that any North Korean Christian discovered practicing their faith would be shot by North Korean leader Kim Jong-un’s death squads.

Cho, who works for a charity that provides help to persecuted Christians, said that North Korean Christians would be “hunted down.”

“Kim’s regime will be urging the people to show their complete loyalty to the Kim family,” said Cho. “Within this time, if anyone is arrested for secretly celebrating Christmas, they could be killed straight away.”