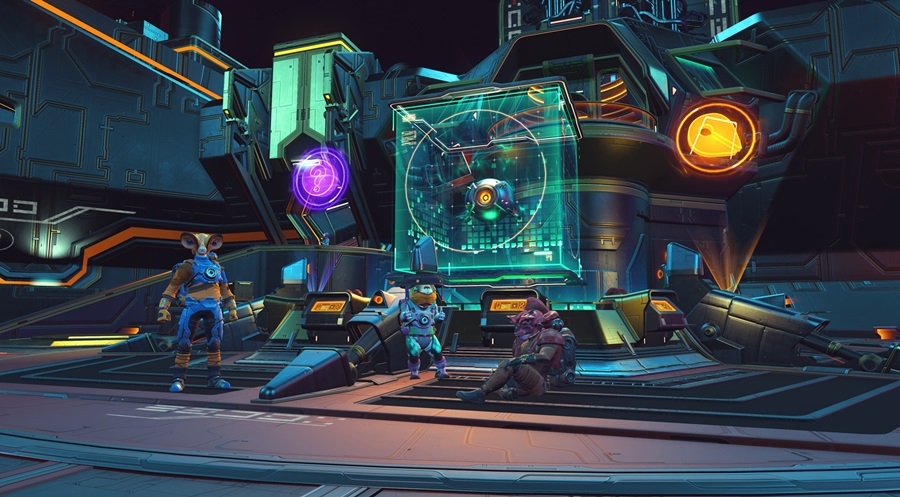 Following the highly successful update brought in by “No Man’s Sky Beyond,” Hello Games has now added a new patch that addresses several issues and added a few key improvements. Among them polishes the image quality when playing in PSVR, sharpening its details and reducing overall blurriness.

Looking from a distance, however, and “No Man’s Sky” is still quite fuzzy, which players are hoping the developers address in future patches. Some have also requested that the developers provide a PS4 Pro patch, something that’s been put forward time and again.

Also, the new “No Man’s Sky” update brought in the Vy’keen armor set that can be unlocked by completing community-wide Nexus missions. There are five pieces to the set: boots, ExoGloves, leggings; a chest piece, and shoulder pads, the patch note read.

What’s more, once per day, “No Man’s Sky” is offering a single mission that will reward players with Quicksilver. This currency can be spent on the Quicksilver Synthesis Companion merchant NPC that can be found in the Space Anomaly and offers a variety of exotic cosmetics.

These new “No Man’s Sky” quests are stackable – up to three – so you don’t have to worry about logging in every day and completing them. And if that’s not enough, Hello Games has also introduced Encrypted Missions. These ones are rarer still and provide more valuable rewards after completion.

“These rare, high-priority missions offer especially interesting and lucrative rewards. Mysterious in nature, their requirements are secret until the moment the mission commences,” Hello Games said. And of course, various bug fixes and issues have been introduced by the new “No Man’s Sky” update as well. Suffice to say that the community is ecstatic for the new additions.

Hello Games has come a long way from its rather acrimonious launch of “No Man’s Sky” three years ago. At the time, the space exploration title was considered a massive flop, drawing the ire of the community, with some even sending death threats to Hello Games founder Sean Murray.

But with years of persistence and hard work, the team managed to turn all that negativity around. “No Man’s Sky” is leagues away from what it once was and the Beyond update solidified that the developers, after years of enduring all the hate and criticism, has officially redeemed itself. And with Hello Games constantly pumping more and more content on the game, “No Man’s Sky” isn’t going away anytime soon. So if you’re someone who’s interested in the game or dropped the game years ago, now’s the best time to jump right in what with the new improvements and content that have been added.