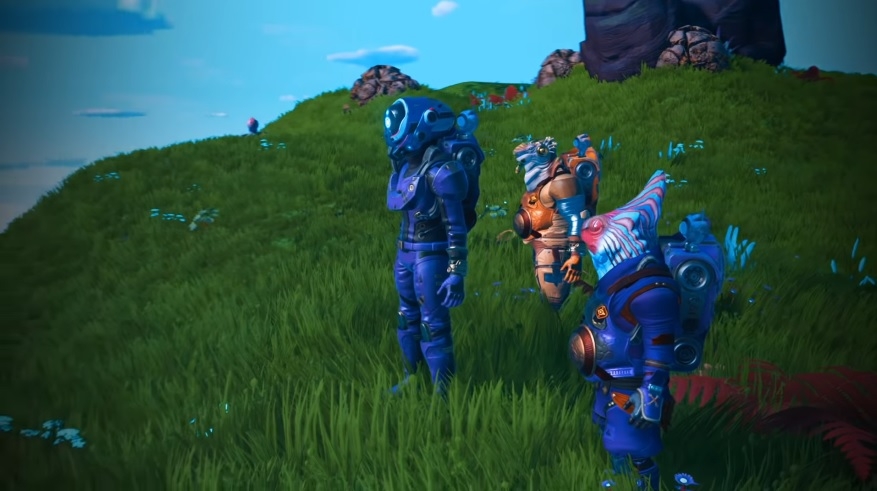 The latest major patch for “No Man’s Sky,” titled “Origins,” has just dropped to fulfill Hello Games’ intention to “double” the gameplay content. In the developer’s words, Update 3.0 delivers “millions of untouched new worlds” as they add new planet across solar systems.

‘No Man’s Sky: Origins’: What new gameplay contents to expect

Since planetary exploration is one of the cores of the title’s gameplay, it is only fitting that the addition of new planets in most solar systems headlines of the “No Man’s Sky: Origins” patch notes. In general, update 3.0 also improves the appearance of the planets with improved lighting, color diversity, and terrain rendering.

Adding these new planets gives players more worlds to explore within the 4-year-old video game. But “No Man’s Sky: Origins” is also promised to diversify the flora and fauna across the universe. Update 3.0 also improves the planets’ ability to produce more varied terrains including mountains that are four times larger than what was possible in previous versions of the game.

“No Man’s Sky: Origins” will also add “new, highly exotic” flora and fauna while also increasing the flying creatures in the surroundings, but not all newly added creatures are pleasant. Players should now be cautious in the steps they take as some planets now host “colossal” sandworms.

Players should also expect harsher natural phenomena upon updating to “No Man’s Sky: Origins.” The patch notes mention more frequent volcanic activities while worlds with “extreme temperature” will now have the occasional firestorms. Storms will now feature bolts of lightning and strong tornadoes will also appear and pose danger even to explorers.

Update 3.0 will also bring in new and improved features on the user interface and other gameplay tools and settings. One nice touch in the UI is how the Discoveries page is made to be more informative. For example, it will now display where to find certain creatures and what time they are active in the day.

New Photo Mode filters will be added through “No Man’s Sky: Origins” along with other editing controls that will allow players to improve fog, vignettes, and depth of field. Update 3.0 patch notes also include a long list of gameplay fixes.

“No Man’s Sky: Origins” is a free update and is now live on all platforms. The exploration-survival game is available on PlayStation 4, Xbox One, and Windows PC.