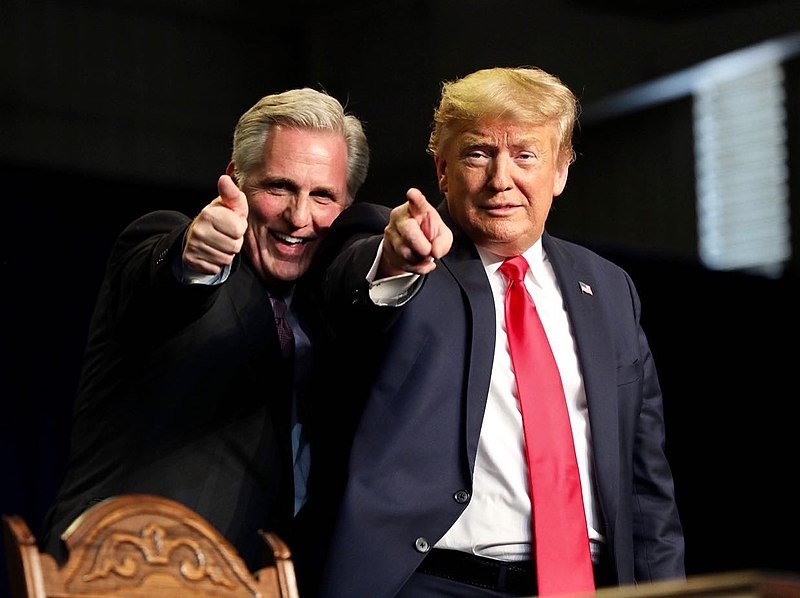 New audio recordings of House Minority Leader Kevin McCarthy’s private comments have surfaced following the previous tapes showing his condemnation of Donald Trump after the riots. A former Trump administration official described the new recording as a “bombshell,” questioning the timing of the information.

McCarthy, in the tape, said that what Trump did was “atrocious and totally wrong.”

The audio was released by New York Times reporters Jonathan Martin and Alexander Burns following the release of their book “This Will Not Pass: Trump, Biden, and the Battle for America’s Future.”

Wallace noted that based on the recording, McCarthy knew Trump was responsible for trying to overturn the 2020 elections and needed to be held accountable. McCarthy later walked back his stance following a visit to Trump’s Mar-a-Lago residence.

Former Trump administration official Miles Taylor, who is now among the staunch critics of the former president, called the new recording a “bombshell.” Taylor previously served as the Trump DHS Chief of Staff.

“I’m neither a lawyer or a prosecutor but the operative questions here are ‘What did they know and when did they know it?’ Because a crime happened here. This was a crime scene. This is a crime scene against democracy. Kevin McCarthy is a witness to one of the biggest political crimes perpetrated in this country,” said Taylor.

Democratic Senator Elizabeth Warren also ripped into McCarthy’s previous comments that were recorded and played. Warren called McCarthy “a liar and a traitor” and said that the contrasting statements made by Republican leaders in Congress in public and private are the “illness” that is rampant in the GOP today.

Warren added that GOP lawmakers are very aware that what happened on January 6 was an attempt to “overthrow” the government, yet they are focused on “how to make the 2020 election different.”