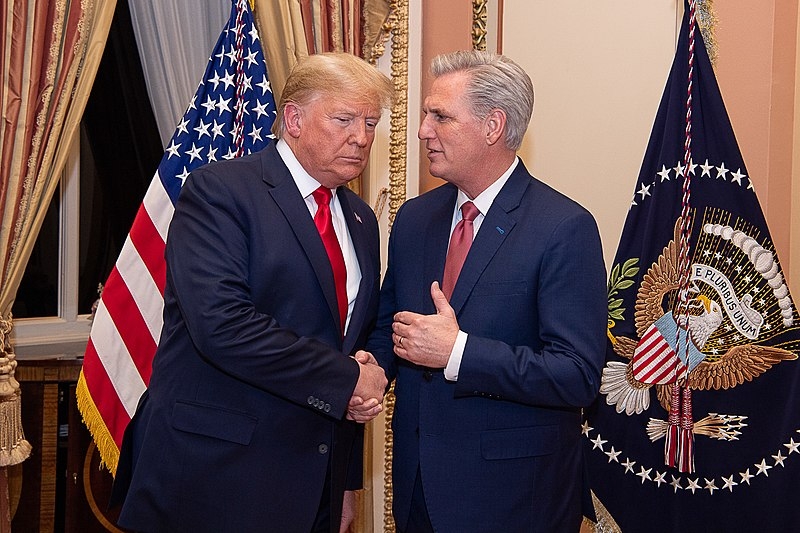 One of the major reports regarding the investigation by the January 6 panel of the Capitol riots was the recording of House Minority Leader Kevin McCarthy privately denouncing Donald Trump and considering calling for his resignation. MSNBC host Nicolle Wallace ripped into McCarthy, describing the recording as one of the “ghoulish” things ever seen in politics.

“Before we dive into the extraordinary content of the tapes, we have to stop, I think, and not skip past the fraud that’s been perpetrated on this country at the direction of Kevin McCarthy who saw Trump’s conduct as egregious as I do,” said Wallace.

“As the three of you have covered, in the reporting and the analysis. The fraud he’s perpetrated on the country as the leader of the Republican Party is one of the ghoulish things I have seen in politics,” Wallace added.

Former acting solicitor general Neal Katyal agreed with Wallace and said that it is unlikely that McCarthy would be able to pretend the recordings did not happen. Katyal said the recordings showed the “cowardice” and that it was an indication that the GOP was “far more in it” when it came to January 6, 2021.

Katyal noted the text messages of Utah GOP Senator Mike Lee that were revealed in the previous days, saying that Lee was part of the fraud committed on the country and that it was not just Lee.

A major newspaper, the St. Louis Post-Dispatch’s editorial board also wrote a piece calling for McCarthy to resign following the recordings. The board described McCarthy as “Trump’s lapdog” and argued that the House Minority Leader’s desperation to become House Speaker at any cost makes him unfit to continue serving in Congress.

The board noted that the report by the New York Times essentially caught McCarthy in a lie following the playing of the recordings after denying making such comments. “Perhaps it's McCarthy who should consider resigning,” the board noted.