Nancy Pelosi says 'America is back' at COP26 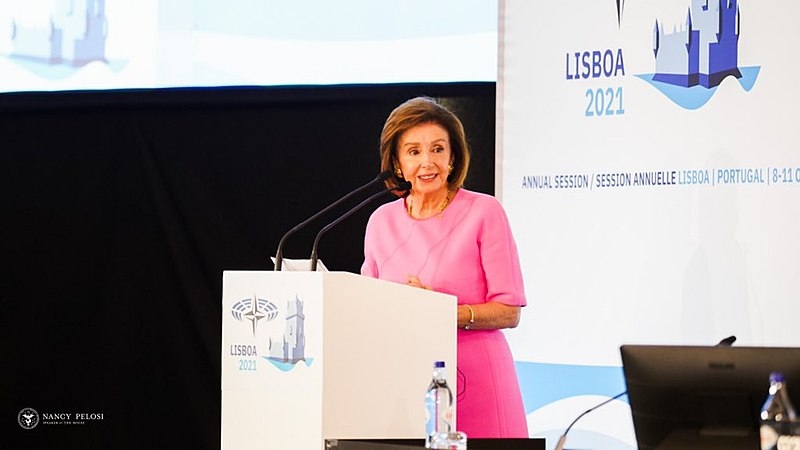 House Speaker Nancy Pelosi is among the US delegation attending the COP26 climate change summit among other members of Congress and US President Joe Biden’s Cabinet. During her remarks, Pelosi echoed Biden in saying that the US has returned to engage with the rest of the world.

During a press conference Wednesday with her fellow congressional leaders, according to the Daily Mail, Pelosi echoed Biden’s “America is back.” Pelosi noted that Biden had attended the conference earlier, along with former president Barack Obama. The California Democrat also noted how some members of the US Congress were still in attendance at the 2019 COP25 climate change summit in Madrid, despite the US at the time, having withdrawn from the Paris Climate Accords.

“Our president was here,” said Pelosi. “There were many successes that were achieved in collaboration, not dictation or condescension but in collaboration with other countries.”

“Many of whom were ahead of us because we had, of course, the dark period of four years preceding the president’s, President Biden’s administration coming into office,” Pelosi added, referring to Biden’s immediate predecessor Donald Trump’s administration. Biden reversed Trump’s decision by rejoining the US into the accords shortly after getting inaugurated as the 46th president in January.

Pelosi was also asked how Americans who voted for Trump could still be able to care for climate change. The House Speaker cited the recent storms that have ravaged parts of the country as well as wildfires that are occurring in the west of the US. Democratic Rep. Earl Blumenauer of Oregon also cited the natural calamities that have led to fatalities as a reminder of the threat posed by climate change.

In other news, Pelosi also weighed in on the recent ruling by a federal judge that denied Trump’s third bid in two days, to block the National Archives from releasing records of his White House to the House committee probing the Capitol insurrection. Trump claimed executive privilege as a reason to withhold the records from the panel. However, Biden has waived his immediate predecessor’s claims, a point made by the federal judge.

“The District Court has delivered an important victory for the Constitution, the rule of law and the American people, in ruling to decisively reaffirm the House’s broad investigatory powers and to reject the past president’s attempted obstruction of the investigation into the deadly January 6th insurrection,” said Pelosi in a statement.