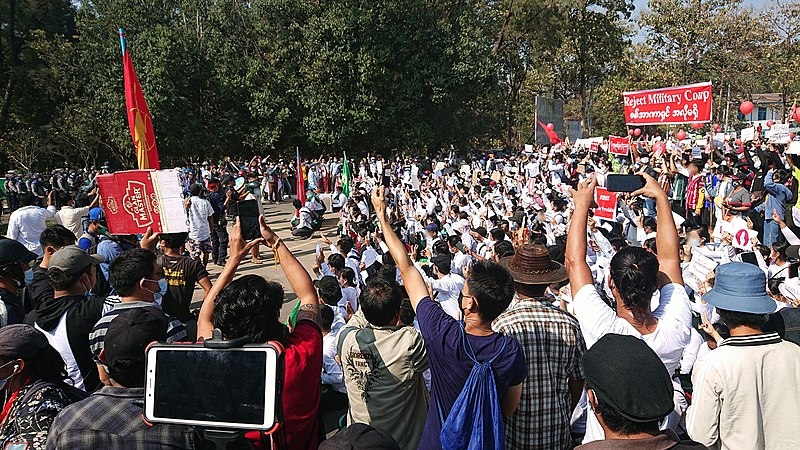 The Myanmar junta has lashed out at the governments of other countries for criticizing its decision to execute two prominent political opponents. The executions would mark the first death sentences that would be carried out in Myanmar since 1988.

The Myanmar junta has criticized the condemnations of foreign governments and organizations on its decision to proceed with the death sentences of two prominent activists and opponents of the military regime.

This comes as the United States, the United Nations, and France all condemned the junta’s decision to move forward in executing veteran activist Ko Jimmy and lawmaker Phyo Zeya Thaw, who was tried and sentenced by a military tribunal.

The foreign ministry issued a statement published by the state media outlet Global New Light of Myanmar Tuesday, saying that the junta “protests and objects in the strongest terms to the irresponsible and reckless statements and remarks.” The ministry described the criticisms by the US, UN, and France as “abetting terrorism.”

The junta also called out France for calling the coup leaders an “illegitimate military regime” and that the criticisms against the generals could potentially have “negative impacts on existing bilateral relations.”

“Myanmar military courts’ disregard of basic rights was evident in the farcical trials and death sentences of Phyo Zeya Thaw and Ko Jimmy,” Human Rights Watch Myanmar researcher Manny Maung said in a statement. “These secretive tribunals with their lightning convictions are aimed at chilling any dissent against the military junta.”

Hundreds of people were killed in the junta’s crackdown on anti-coup protests since the generals seized power from the democratically-elected government in February last year. Thousands were detained.

Meanwhile, the shadow government comprised of the ousted leaders and coup opponents announced Tuesday that it would be forming its own police force. The government, also known as the National Unity Government, said it was ready to take responsibility for domestic law enforcement with a publicly-accepted police force.

The NUG said in a statement that the purpose of the police force is “to take lawful action against the terrorist military council for committing human rights violations, war crimes, and terrorism acts against the people.”