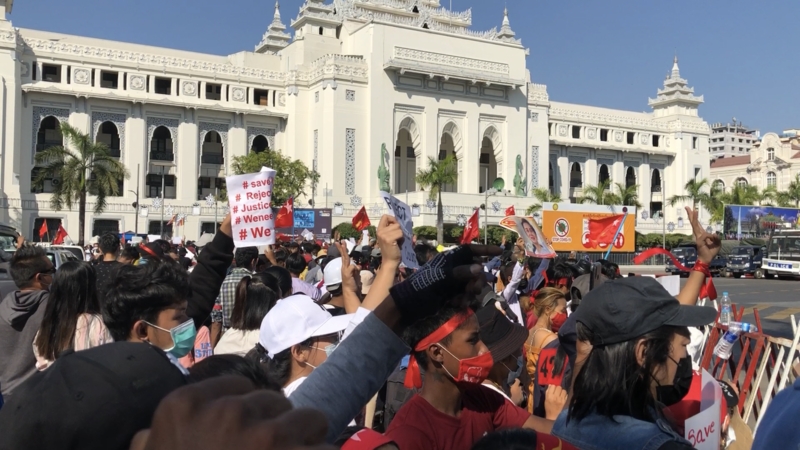 Media reports Friday last week that Sean Turnell, Australian economist and former adviser to Suu Kyi, pleaded not guilty to the charges in a closed-door trial by the junta.

Turnell has been detained since the generals seized power in a coup, overthrowing Myanmar’s elected government and ousting Suu Kyi in February last year. Turnell could face up to 14 years in prison if he is convicted.

Australian network ABC reported that Turnell testified in court for the first time, according to a legal official. Other details were not disclosed.

Richard Marles, the acting Australian Prime Minister, said Friday last week he was “concerned about the level of access that is available to those providing consular services.”

Turnell is also expected to be tried with Suu Kyi, who has also been detained by the junta since the coup by the generals. Several other members of Suu Kyi’s economic team have been indicted for the same charges.

The meeting follows the junta’s detainment of a Japanese documentary filmmaker who was filming the protests that erupted following the junta’s execution of four activists linked to the resistance movement.

Watanabe’s visit also comes as Tokyo has called for the junta to release filmmaker Toru Kubota, who entered Myanmar on a tourist visa back in May and was arrested on July 30. Kubota faces charges of breaking immigration law and encouraging dissent against the military.

Last year, a Japanese journalist was released by the authorities after initially getting arrested. The journalist was charged with spreading false news in their coverage of the country’s anti-coup protests. The junta claimed that the journalist’s release was in recognition of the bilateral ties between Japan and Myanmar.