Myanmar coup: ASEAN bans junta from future summits until progress is made on peace plan 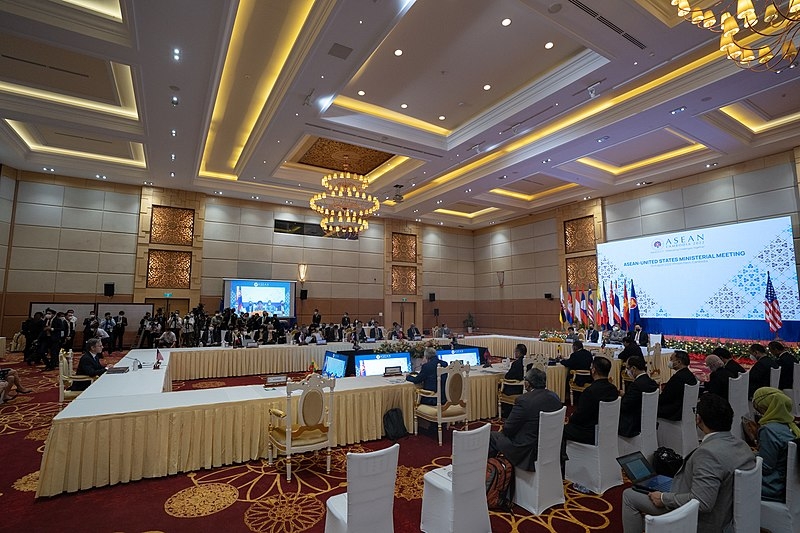 The foreign ministers of the 10-member Association of Southeast Asian Nations agreed to ban Myanmar’s ruling generals from future meetings. The bloc agreed that the ban would be in place unless the junta makes progress with the agreed peace plan.

During the ASEAN summit last week, the foreign ministers of the member countries agreed to ban the ruling generals from future meetings until the junta has shown progress and compliance with the peace plan.

Speaking at a news conference at the end of the summit, Cambodian foreign minister Prak Sokhonn, who is also the special envoy to Myanmar, said the junta “must act in a way that shows progress is made, then we will be able to act on a decision to show progress.”

The ministers criticized the lack of progress the junta made on the peace plan agreed upon between the bloc and coup leader Min Aung Hlaing back in April 2021, not long after the generals seized power and ousted Nobel laureate Aung San Suu Kyi in February.

The ministers also demanded that the so-called State Administration Council take action to comply with the plan before the regional summit in November.

The ministers expressed their disappointment in the lack of progress and lack of commitment by the authorities in Myanmar to implement the five-point peace plan. The ministers also warned Myanmar in the joint statement, referencing Article 20 of the ASEAN charter, that the leaders of the bloc may also take action for non-compliance.

Myanmar’s state-owned news outlet, the Global New Light, reported that the junta rejected the statement by ASEAN, and said that it would continue to follow its own peace plan. Junta-appointed foreign minister Wunna Maung Lwin was not allowed to attend the meeting and the foreign ministers’ retreat. Min Aung Hlaing was also not invited to the last summit.

During the meeting, the ministers also said they may reconsider the peace plan should the generals execute more political prisoners, following the execution by the junta of four activists linked to Myanmar’s resistance movement.