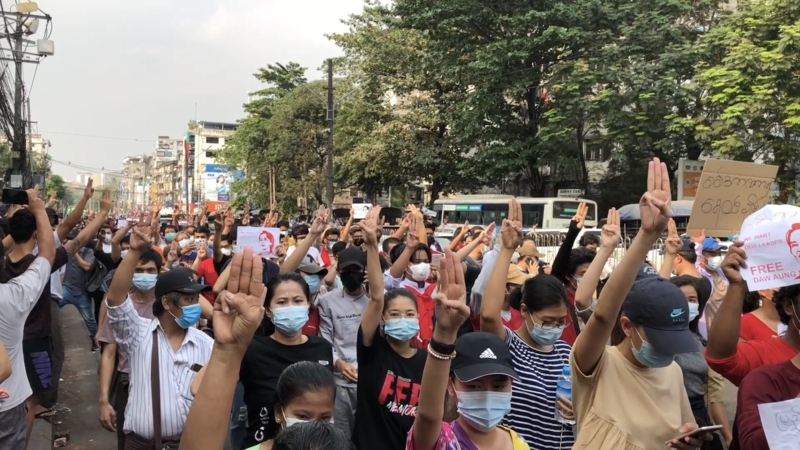 A military court in Myanmar ruled to sentence a Japanese filmmaker to 10 years in prison on charges of encouraging dissent and telecommunication laws. The filmmaker is the fifth foreign journalist to be detained in Myanmar following the coup by the generals.

The junta court in Myanmar sentenced Japanese national Toru Kubota Wednesday to 10 years in prison on charges of encouraging dissent against the military and violating telecommunication laws.

Toru Kubota was arrested by the junta back in July along with two Myanmar citizens after taking photos and recording videos of the anti-coup protest taking place at Yangon.

Toru Kubota is the fifth foreign journalist to be detained by the junta following the coup by the generals back in February last year. He was sentenced to three years in prison for “incitement” and seven years for violating a telecommunications law, according to an official from Japan’s foreign ministry, citing the filmmaker’s lawyer.

The Japanese foreign ministry official also said a court hearing for immigration charges is set to take place on October 12.

“We have been asking Myanmar authorities for Mr. Kubota’s release and we intend to keep doing so,” said the official.

Japan is one of Myanmar’s major donors and has long-running relations with its military. However, last month, Tokyo announced that it would end a training program for the Myanmar military after the junta executed four anti-coup activists back in July.

Hundreds were killed by the military following the coup in a brutal crackdown, and thousands were detained. The military has also labeled the anti-coup resistance as “terrorists” and warned foreign governments against engaging with the country’s shadow government comprised of politicians the generals ousted.

The junta pledged to take action against the anti-coup rebels that it accuses of attacking a passenger plane that led to one person being hospitalized and damaged the fuselage of the plane.

The attack on the plane that had 63 people on board took place on Friday last week when bullets hit the aircraft’s cabin as it was set to land in the capital of Kayah state, Loikaw, with one passenger sustaining facial injuries from the incident.