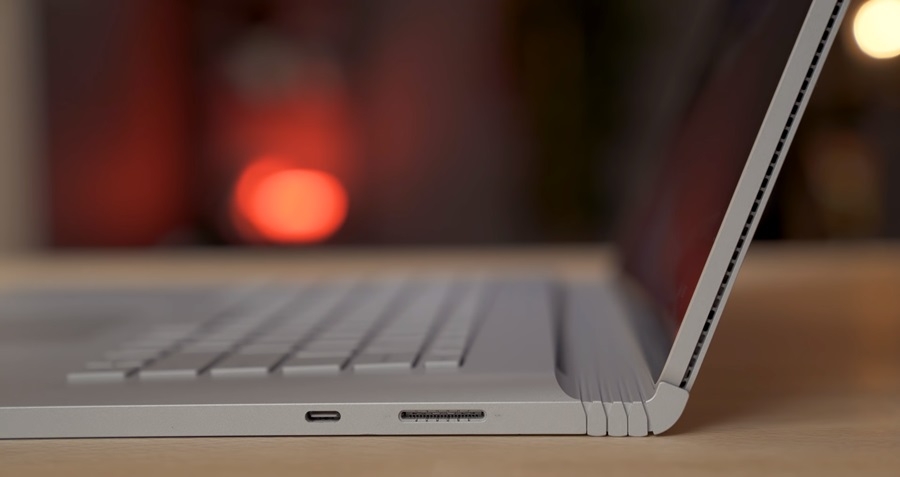 Photo via Screenshot of Matthew Moniz/Youtube

Although the Surface Book 3 is expected to be another costly product, there’s still an active market that’s highly expecting it mainly due to what it brings on the table. The bad news is that Microsoft has yet to break its silence about the device despite rumors heavily hinting that it’s coming in the fourth quarter of 2019.

Thus, not much is known about the Surface Book 3 and most of the narrative right now is revolving around speculations and the things that people want to see for the next entry. However, one supposed leak recently made its round on the web claiming that the third iteration is going to have a dual screen display, The Verge reported.

The source of the Surface Book 3 whispers came when a patent filed in 2017 was uncovered by one Mayank Parmar. To put briefly, the patent details plan regarding foldable and flexible display for an unconfirmed device. Since the smartphone landscape has yet to achieve the perfect application for this technology, a lot of tech analysts are assuming that Microsoft is looking to outfit it on a different product.

And the Surface Book 3 is among those that are being thought to feature such technology. What’s more, Tom Warren of The Verge said that Microsoft has been showing a prototype of the device to its team, hinting that the product might be hitting the market soon.

Regarding the improvements that the Surface Book 3 should focus on, it appears that a lot of people are requesting to reduce its weight. This is due to the fact that its predecessor is an unwieldy device, often sliding down a user’s legs whenever one uses it as a laptop. With the 13.5-inch variant weighing 3.6 pounds, Microsoft would do well to reduce this so people can lug it around easily.

As for when people can expect the Surface Book 3 to drop, rumors are pointing at a release date between September and November, although Microsoft can still opt to push that timeline to early 2020. But given that the company has yet to confirm anything, it’s best to remain skeptical for now, TechRadar reported.