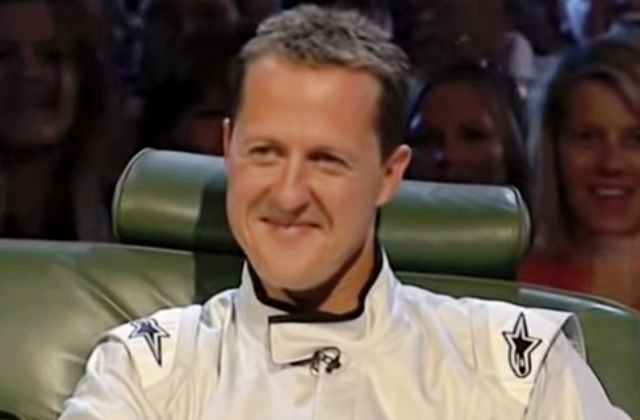 Michael Schumacher has been active in the Formula One racing circuit since 1991. He has been inactive in the sport since his second and final retirement in 2012, but fans were not able to see him on and off the tracks since 2013 due to his near-fatal accident while skiing at the Alps mountain range in Switzerland.

He was briefly put into a medically-induced coma to save his life, and he was believed to have woken up in 2014, six months after his accident. Despite getting out of a coma, it is not certain if Schumacher was able to regain the functions of his body. Some say he is still paralyzed up to this day, but this can’t be confirmed as his family has been keeping everything about his health condition a secret.

Now, because of the interest in Michael Schumacher’s real condition, journalists have tried to interview members of his immediate family, but still, his children and wife Corinna have kept their mouth shut. Some members of the press in Europe continue to try getting the truth out, so they interview Schumi’s friends and other relatives.

Once, they managed to interview Ralf Schumacher, the Formula One racing champ’s younger brother, and he was asked about Michael’s condition. He proved that he is loyal to the family by politely refusing to divulge any information.

"My family and I have agreed not to say anything on the subject," he firmly told Kolner Express via UK’s Sports Mole.

Ralf Schumacher first drove for Jordan Grand Prix in the 1997 season. The team is privately owned by Eddie Jordan and because he wasn’t going great in the team, he wanted out.

He successfully moved to the Williams F1 team in 1999 where he won his very first Grand Prix in 2001. However, Essentially Sports reported that when Ralf wants to leave the Jordan squad, he actually can’t because he’s bound with an exclusive contract.

In this case, Michael Schumacher stepped in to help his brother get the freedom he wants and move to another team. It was revealed that he paid Eddie Jordan two million pounds to dissolve his brother’s contract and it worked. Ralf’s transfer paved the way for his career in the F1 racing to flourish.

“It ended well for all of us because Michael Schumacher paid me two million pounds to tear up the contract with Ralf,” Eddie Jordan told F1 journalist Peter Windsor via FaceTime interview on June 6. “I was happy to receive it of course.”