Michael Schumacher: F1 legend’s fans celebrate his 51st birthday but no message from his family 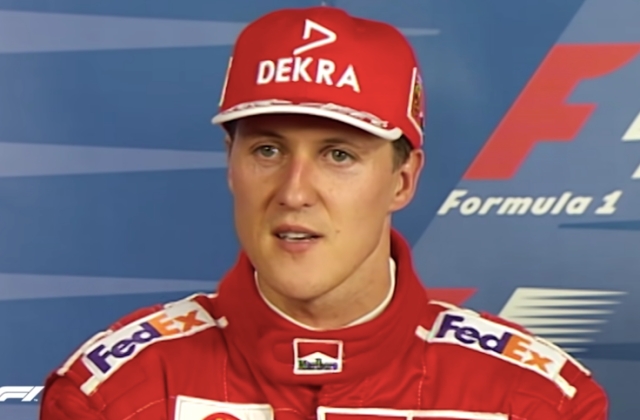 Michael Schumacher turned 51 on Jan. 3, and as he got a year older, his fans used social media to convey their birthday wishes and message of well-being. On Friday, fans flooded Twitter and let the F1 legend know that they have not forgotten about him even if he has been inactive for six years now.

Although he is not in the “scene” anymore, his supporters continue to place him on the pedestal and call him the best racer of all-time. He is a seven-time world champion who is the most popular to date in the world of motorsport, but some of the younger racers are inching closer to snatch his records.

In particular, Lewis Hamilton is just one win away to match his F1 records. As per NBC Sports, Hamilton already beat Schumacher as he broke the latter’s F1 pole record for the Italian Grand Prix.

Michael Schumacher cannot defend his records anymore as he has not only retired from the sport, but he is also suffering from the complications of his severe brain injury. It can be recalled that he almost lost his life in December 2013 when his head hit a rock while skiing in the Alps.

He is still unable to go out in public even after six years, and it is believed that he is confined to a bed or a wheelchair until now. But the latest reports indicated that he is making some progress with recovery but still has a long way to go.

Now, on his birthday last week, fans celebrated the occasion by paying tribute to Michael Schumacher’s exact date of birth. Via Twitter, they posted photos of Michael Schumacher and sent their birthday wishes and messages. His supporters worldwide participated in the event to show their unwavering love for him.

On the other hand, unlike last year, Michael Schumacher’s family did not release any statements as he turned 51 last week. Rather, on the racing champ’s official social media page, the family just posted a video of 10 incredible moments that makes Schumi the greatest driver of all time.