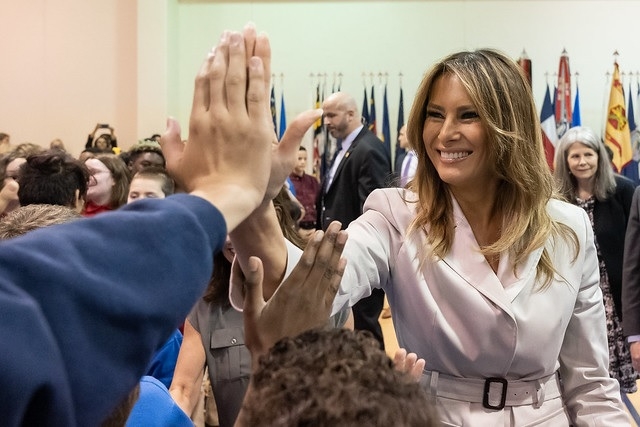 The marriage of United States first lady Melania Trump and president Donald Trump has repeatedly been the subject of several articles and stories. Some of them put the first couple in a good light while others spark intrigue into the real status of their relationship, especially after Mr. Trump got elected to the White House. Michael Wolff’s latest book belongs to the latter.

Wolff’s “Siege: Trump Under Fire” was released in June and had an interesting claim about the first couple. Though the Trumps are married, Wolff wrote that they are living separately.

After Mr. Trump won the election and following his inauguration, it was widely reported that it took Mrs. Trump some months before officially moving to the White House. Now, Wolff’s latest book is claiming that the first lady has been telling her friends that she still feels that she and their 13-year-old son, Barron, do not belong in Washington, DC. Then there is the report that Mrs. Trump prefers to spend her time in Maryland at her parents’ home.

“Indeed, a distraught Melania, repeatedly assured by her husband during the campaign that there was no possibility he would win, had originally refused to move to Washington,” an excerpt of the book reportedly reads (via news.com.au). Wolff added that whenever Mrs. Trump stays at the White House, she makes it a point to sleep in a different bedroom.

Mrs. Trump does not like staying at the White House: Is it true?

It is important to note that Wolff’s book is not the first to paint the picture that Mrs. Trump is not fond of staying at the White House or with her husband. Back in 2018, the Washington Post ran a story claiming that the first lady and the president are keeping separate bedrooms.

The first lady’s then-spokesperson Stephanie Grisham said the story was false and laughable. Grisham’s predecessor as press secretary, Sarah Huckabee Sanders, insisted at the time that the story is another thing Washington Post got wrong. She added that Mrs. Trump is regularly seen in the White House because she lives there.

Mrs. Trump also said it herself in June 2017, around six months since her husband’s inauguration, that she likes being in Washington even calling it a special place that keeps her busy. When asked how Barron feels about their new residence, the first lady said, “He loves it here.”