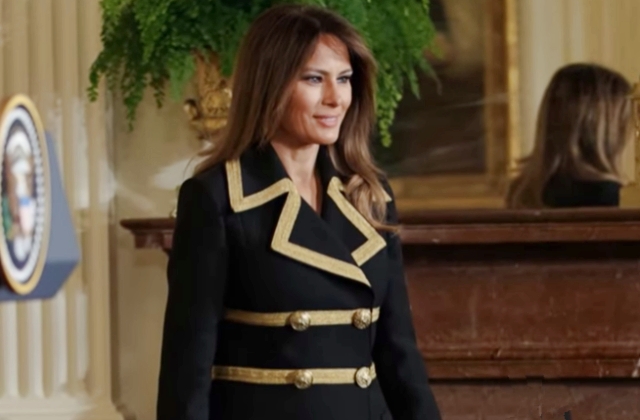 Melania Trump is the current First Lady in the United States. Although she has a lot of work in the White House, she is not being paid for them. She may be the wife of America’s current president, who is also one of the richest in the country, but she is making her own money.

As per Forbes, Donald Trump is worth $2.1 billion, which was reduced from last month’s $3.1 billion. The decrease in his wealth was said to be due to the coronavirus pandemic since most of his businesses were affected as well.

Now, on her own, Melania Trump has a net worth of $50 million based on the record of Celebrity Net Worth. It was already mentioned that she has no income from being the FLOTUS, but she made her fortune in many ways, and here they are.

Melania Trump was a model before meeting the POTUS, and they met when he was still just a businessman and TV personality. She is considered as one of the top Russian fashion models who landed gigs in many famous fashion runways in New York, Paris, Milan, and more.

The 51-year-old also graced a number of leading magazines as covers that include Harper’s Bazaar, Allure, Vogue, and Vanity Fair. She started earning from this modeling profession at the age of 18.

The First Lady also had her acting debut in 2001 when she appeared on Ben Stiller’s movie “Zoolander.” Although her role was minor and didn’t have a dialogue, she still earned something from this gig.

The FLOTUS launched her Melania Timepieces and Jewelry in 2010 after retiring from modeling. Her QVC collection consists of pieces that she designed using the three places she lived in the past - New York, Paris, and Palm Beach - as inspiration. The luxury Items she sold were elegant but very affordable, with price ranging only from $30 to $200, so it was always sold out.

Melania Trump signed a licensing deal for skincare products made with caviar. She promoted the line by giving press interviews and guesting on CBS, CNBC, and more shows on leading TV networks but the products never made it to the stores. This happened when the company got entangled with legal battles but still, Melania earned $250,000 the moment she signed the deal and out-of-court settlement when she sued the company for damaging her brand and royalties.

A lawsuit with the Daily Mail

Melania Trump’s net worth further increased when she won the lawsuit against UK’s The Daily Mail publication. She settled a libel lawsuit against the paper that published an article in its online and offline platforms, alleging that the FLOTUS worked as an escort when she was still a model. Her win added $2.9 million in her bank account.

Finally, Melania Trump revealed in 2016 that she also earns money from Getty Images. Just in 2015, she received around $100,000 up to $1 million in royalties from her photos being sold on the said visual media company that supplies stock images.