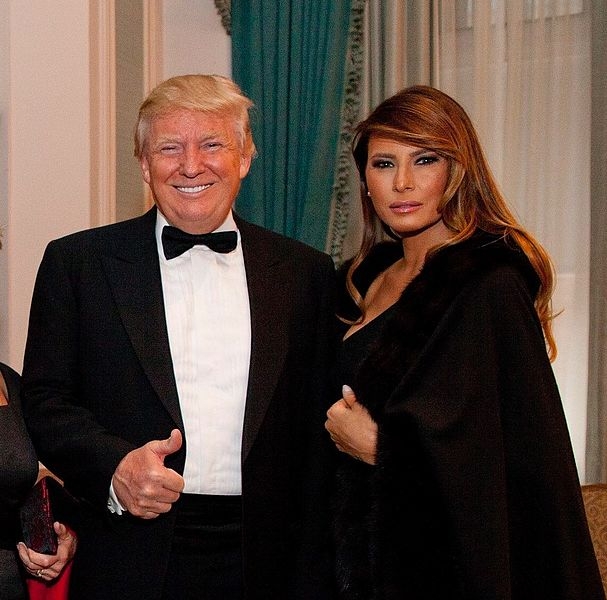 First Ladies are usually all smiles whenever they step out of the White House and appear in front of the general public but in the case of Melania Trump, she is not really known for cracking a wide smile all the time. During the recent NASCAR race, netizens could not help but notice her very indifferent expression when she attended the engagement.

Politicalflare reports that Melania accompanied her husband Donald Trump at the engagement. The couple arrived at the Daytona International Speedway, with Air Force One making a flyover before coming in for a landing at the Airport several yards away from the track, and as they appeared, they were welcomed by a standing ovation. Some even had Trump 2020 flags, with others wearing the flags as capes at the venue.

Many of the drivers that were going to participate had a private introduction with the President and First Lady before the race. Donald is serving as the grand marshal of the Daytona 500 race, meaning he will be the one to signal the drivers when to start their engines and he will also be making one lap around the track in front of the cars.

However, in the midst of the celebratory ceremonies and the occupational smiling and waving, Melania did not seem to look very interested. It could likely be because the event is not her cup of tea. Nevertheless, many people on social media picked up on her indifferent expression. One user said that a Fake Melania was brought to the Daytona 500 race.

Meanwhile, the First Lady shared a series of photos on Instagram, showing her working on DIY crafts with children on Valentine’s Day. Melania spent the day at the Children’s Inn at the National Institutes for Health, where she went around and gave out heart-shaped wreaths, Valentine’s Day cards, and cookies to the patients to lift their spirits and get into the special day. This marks her third visit to the facility as she previously volunteered during 2018 and 2019. She was also greeted by patients whom she previously spent time with during her past visits.