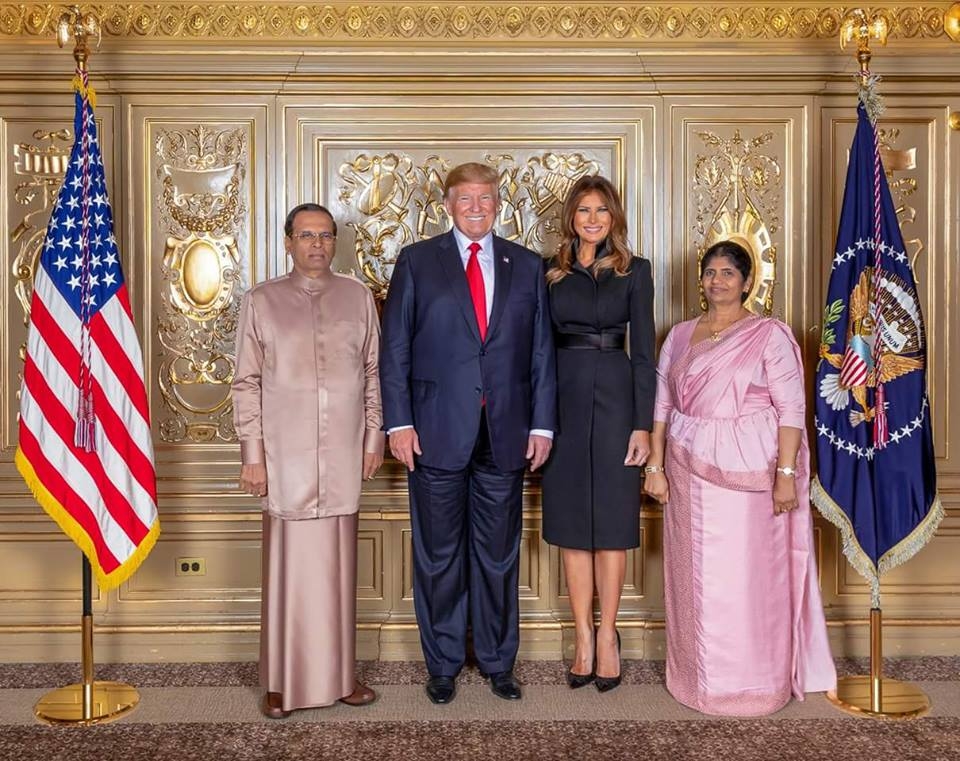 The White House and the U.S. Embassy in Sri Lanka's official Facebook/Wikimedia Commons

Melania Trump seemed enraged when she saw Nancy Pelosi ripping up her husband Donald Trump’s State of the Union speech two weeks ago. However, she stayed mum on the issue.

“If you watch the way she said that with the hatred and the venom coming out of her ears – you just take a look at the hatred… my wife was sitting there and watched it and said, ‘Oh my. That was horrible. She is a person that started on impeachment and lost. So, she goes down as a loser, which she is,” the POTUS said.

But despite the criticisms that she has received, Pelosi stood by her decision to rip up Trump’s SOTU speech. She told the House Democrats that since Trump shredded the truth, she decided to shred his speech.

The FLOTUS also made headlines this weekend after she claimed that opportunists are ruining her family’s good name. During her interview with Sean Hannity, the first lady was asked what she thinks is the hardest thing about being the first lady of the United States.

“I would say the opportunists who are using my name or my family name to advance themselves, from comedians to journalists to performers, book writers… The problem is they are writing the history and it’s not correct. They like to focus on the gossip and I would like that they focus on the substance and what we do, not just about nonsense,” she said.

But Political Flare journalist Nicole James called the FLOTUS a joke. She also said that the only people who are ruining the Trump family name are the same members of their family.