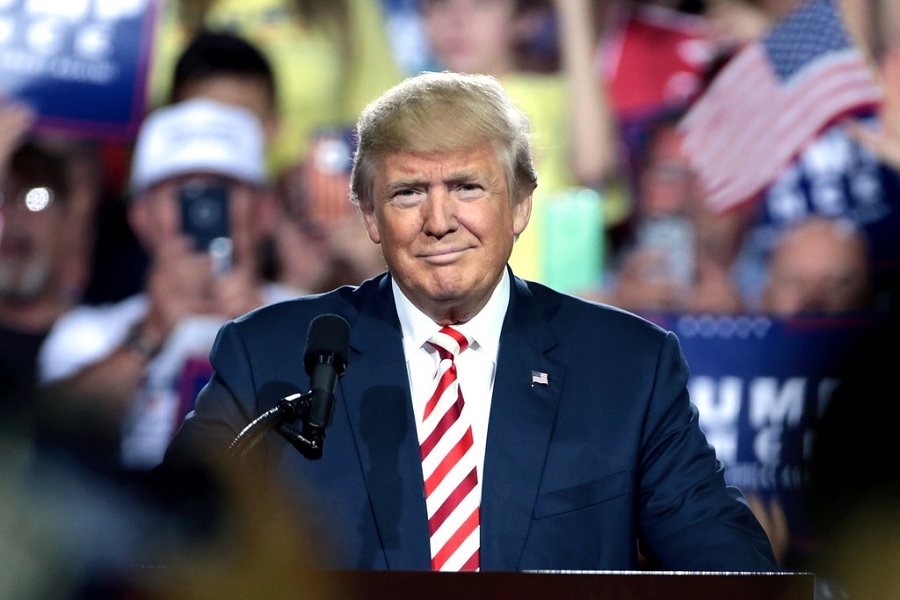 The President and First Lady of the United States, Donald Trump, and Melania Trump, have another official European tour coming up. The White House announced the first couple is slated to visit Poland and Denmark by the end of the month.

Trumps' next European visit and itinerary

The White House announced on Wednesday that the Trumps will be off to Europe and will be in Poland and Denmark. They will be attending several official events to remember the beginning of World War 2 from Aug. 31 through Sept. 3.

The upcoming state visits will kick off on Sept. 1. Mr. and Mrs. Trump will be at several ceremonies and will be visiting memorial sites around the Polish capital, Warsaw, in time for the 80th anniversary of the war.

Meanwhile, Mrs. Trump has also been invited by the head of Denmark's royal family, Queen Margrethe II. While in the country, POTUS is scheduled to hold several bilateral talks as well as meet with Denmark's business leaders. "The President and First Lady’s visits will highlight the historic ties between the United States, Poland, and Denmark, as well as our willingness to confront the region’s many shared security challenges," the White House Press Secretary's office added.

Their visit to Poland and Denmark follows their three-day trip to London last June where they met with Queen Elizabeth II, Prince Charles, and Camilla, Duchess of Cornwall. The next major political event Mr. Trump attended was the G20 Summit held in Osaka, Japan, at the end of June. However, the First Lady was apparently missing in all gatherings while Mr. Trump brought with him some of his children to join the official talks.

The weeks leading to this announcement were marred with controversy. Mr. Trump went on a racially-charged Twitter tirade telling progressive congresswomen of color to “go back” to their “crime-infested” countries. He was referring representatives Alexandra Ocasio-Cortez, Ayanna Pressley, Ilhan Omar, and Rashida Tlaib. The lawmakers were born and raised in the United States while Omar has been a naturalized US citizen longer than the First Lady has been.

The tweets were followed by another incident at the President’s North Carolina rally in July where his supporters chanted “Send her back!” directed at Omar. Since then, people have been asking what Mrs. Trump, whose Be Best campaign tackles bullying issues, has to say. But the First Lady has yet to react on these matters.