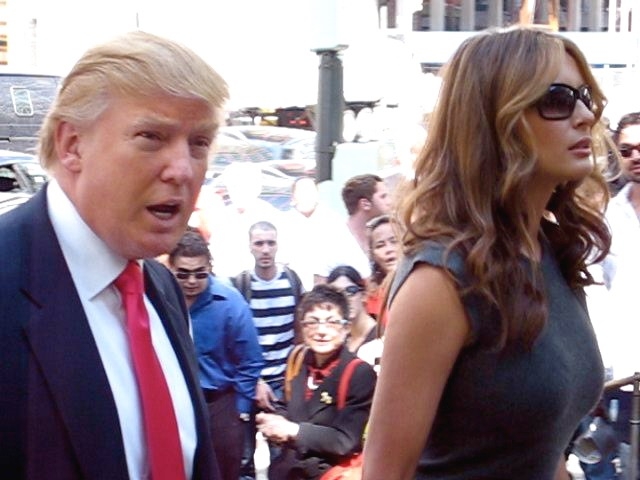 Donald Trump and Melania Trump at a fashion event in New York in 2006. | Photo by Boss Tweed [CC BY 2.0 (https://creativecommons.org/licenses/by/2.0)] via Flickr.com

The marriage of United States President Donald Trump and First Lady Melania Trump is possibly one of the most followed subjects in the media today. Since Mr. Trump is known for being a wealthy man, many might be wondering if he asked Mrs. Trump to sign a prenuptial agreement before they tied the knot.

Signing a prenup can be a very sensitive subject for couples getting married. It is practically a binding agreement often use by couples in the event of a divorce or the death of an individual. It can cite several types of agreements such as child custody, but many know it as a reference for separating couples in dividing their properties and money.

Melania Trump, Donald Trump: Do they have a prenup?

The best answer to this can be found in a book published in 2007 titled "The Fortune Hunters: Dazzling Women and the Men They Married." In it, author Charlotte Hays claimed that Mr. Trump admitted to having a prenup in place upon marrying the now-First Lady of the U.S. Mr. Trump reportedly confirmed it to reporter Liz Smith. The first couple got married in 2005.

The same book quoted Mr. Trump gushing over the fact that his wife "agrees" with the concept of having a prenup, calling it a "beautiful thing" about the former model. The first couple got married in 2005.

It is quite impossible to know the details of the Trumps' prenup. The President does not want these kinds of matters to be released to the public. Even with his tax returns, he has been very adamant about keeping Congress off-limits to his financial records. But extremely curious fans can check the provisions in Mr. Trump's supposedly leaked prenup with his second wife, Marla Maples.

While fans of the first couple may never know the details of the Trumps' prenup, a recent report suggested that Mrs. Trump might have demanded some changes after her husband became President. Lawyer Jacqueline Newman told Business Insider that becoming the First Lady may have convinced Mrs. Trump that she needed to tweak the contract in her favor.

It is unclear on what aspect would Mrs. Trump want better prenup terms. But Newman explained, "If they were to divorce now or after he's no longer president, there's going to be security detail, there's going to be all sorts of things that are going to be very different for her as a former first lady than if she was just Donald Trump's wife."