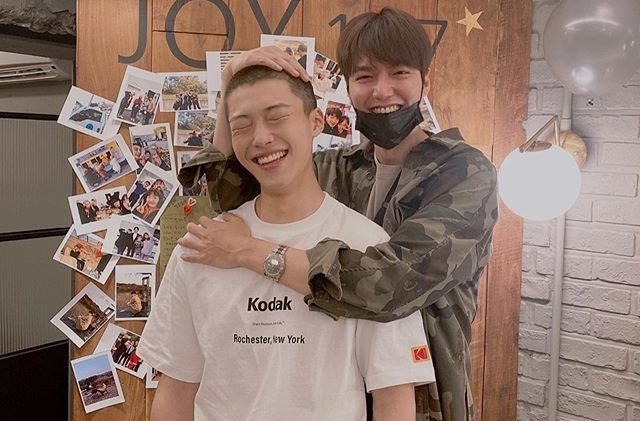 Lee Min Ho and Woo Do Hwan starred in “The King: The Eternal Monarch,” and apparently, the two became really close as they work together for months. The pair showed off their closeness as the latter announced his sudden enlistment to the army.

Sending off a friend to the military

Early this week, news about Woo Do Hwan’s sudden enlistment came out then, on July 6, the actor joined the 15th Infantry Division as a new recruit at the training center in Hwacheon, Gangwon Province, as per Soompi. It was said that as Do Hwan was driven to the barracks, his fans and some members of the press lined up the entrance, and he waved goodbye to them.

“I know this may be too unexpected but I’m enlisting in the military on July 6,” Manila Bulletin quoted Woo Do Hwan as saying in a letter to his fans. “Sorry for surprising you like this, and not being able to see you before my enlistment.”

Lee Min Ho’s co-star and friend also thanked his fans and other supporters for their unending care. He also promised to be back safely.

“I feel like my 20s were full of happiness and it’s all thanks to your love and support. Thank you for making my 20s wonderful. I’ll be back safely. My love for you is so huge that I don’t really know how I should express that into words, but I love you lots!”

A day before Wood Do Hwan is set to begin his training in Gangwon Province, Lee Min Ho visited him, and they took a photo together, showing off their close friendship. In the photo, the actor who played the role of Lee Min Ho’s king character’s royal guard in “The King: The Eternal Monarch,” showed his newly-shaven head while Min Ho hugs him from the back.

The two were laughing, and they are obviously having a good time as Lee Min Ho sends Woo Do Hwan off to the army. The former later posted two photos of himself with the new soldier and he captioned his post with " Yeong, I hope you will become the best soldier in the world." Yeong was Do Hwan’s name in their recent drama.