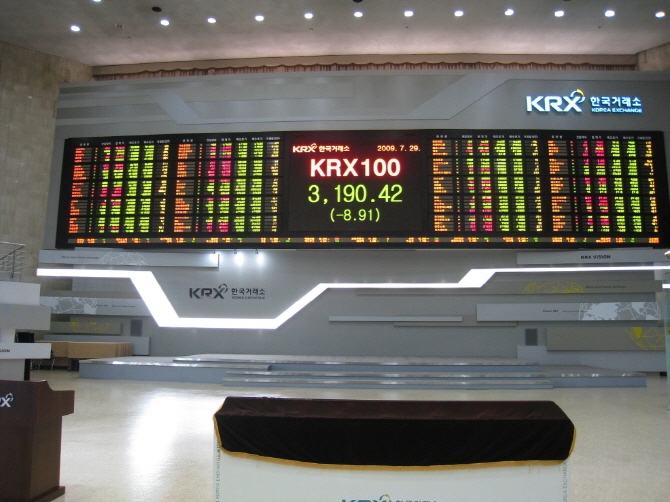 Board at Korea Exchange

(Correction: added Finance Magnates as source of the story.)

A new exchange traded fund (ETF) that will track the value of bitcoin is reportedly planned for launch by Korea Investment Trust Management, a Seoul-based asset management firm, on Korea Exchange next year, as reported by Korean news site Chosunbiz and later by Finance Magnates. The launch is subject to approval of the Financial Supervisory Service (FSS), the country's financial regulator.

The fund would reportedly track prices based on Korbit, the biggest bitcoin exchange in South Korea, which raised $3 million in Series A funding last year.

It could become the world's first bitcoin ETF to trade on a fully regulated platform. Bitcoin Investment Trust (BIT), the world's first publicly traded bitcoin fund that offers direct exposure to bitcoin prices, made its debut on the US OTC Markets in May and hopes to upgrade into a fully regulated ETF. Moreover, Winklevoss Bitcoin Trust, which seeks to bring a full-fledged ETF for public listing based on bitcoin prices, is still stuck in the approval stages.