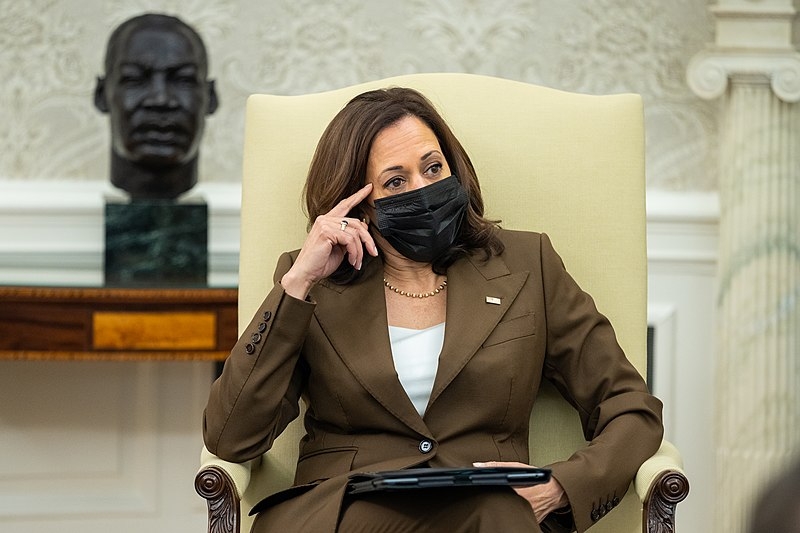 Harris issued a statement following the Senate vote on voting rights, with all Republican Senators and two Democratic lawmakers – Joe Manchin and Kyrsten Sinema – refusing to make changes to the filibuster. The pieces of legislation inevitably failed to come to a vote in the chamber. Harris said that the Senate chose to preserve a rule described as “arcane” rather than uphold the fundamental right to vote.

“Every member of the United States Senate – Democrats, Republicans, and Independents – takes an oath to preserve and protect our Constitution. It is their duty to safeguard our democracy and secure the freedom to vote. Yet tonight, Senators voted to preserve an arcane Senate rule rather than secure this fundamental freedom. The American people will not forget this moment. Neither will history,” said Harris.

Harris noted that up to 55 million Americans will be affected by the Republican-led efforts to implement restrictive voting and election laws. The vice president maintained that the administration will continue to fight to push for voting rights legislation to be passed, to deter Republican-led voter suppression efforts, and to support officials who work to implement pro-voter legislation. Harris went on to say that the fight continues to make sure every American gets to vote and have their vote counted.

“Generations of Americans have fought to strengthen and expand the freedom to vote. While victory was never assured and almost always preceded by setback, ultimately, We the People have prevailed. We will again,” said Harris.

In other related news, Harris also spoke up to reiterate the warning made to Russia against invading Ukraine. The vice president joined in the swift efforts of the White House to clarify US President Joe Biden’s comments on the situation which appeared to have confused some and drew backlash from Republican lawmakers.

“The president of the United States has been very clear, and we as the United States are very clear: If Putin takes aggressive action, we are prepared to levy serious and severe costs. Period,” said Harris during her appearance on NBC’s “Today Show.”