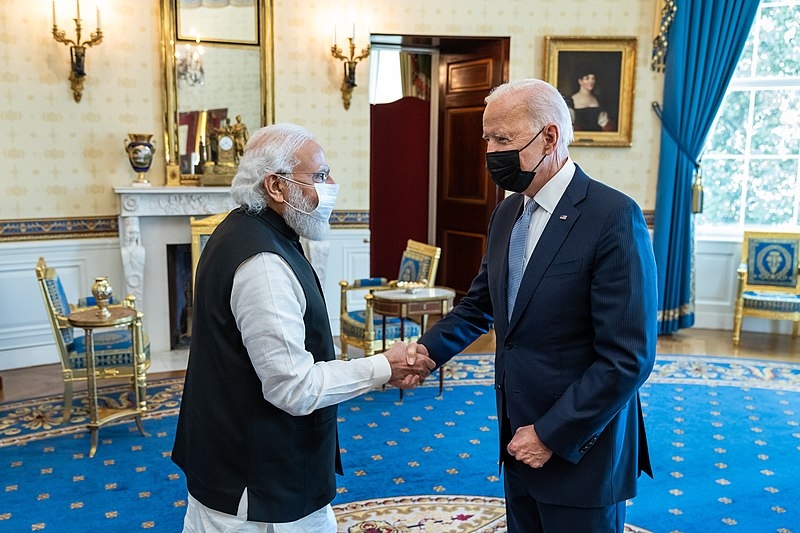 During the time of the UN General Assembly last week, US President Joe Biden met with some of his counterparts along with the Quad Summit. India’s Ambassador to the US shared how the first bilateral meeting went between Biden and Indian Prime Minister Narendra Modi.

Speaking at an event hosted by Indiaspora Wednesday, India’s ambassador to the US, Taranjit Singh Sandhu, shared how the meeting between Biden and Modi went. Sandhu said Modi had a very successful visit to the US. The meeting between the two leaders was Biden’s third time meeting with Modi, twice when he was vice president in 2014 and 2016, and this time was his first as the US leader.

“We just had a very successful visit here,” said Sandhu at the event, which served as a gathering for prominent members of the Indian-American community.

“So it was not the first time they were meeting, but the bilateral meeting was very good,” Sandhu added, noting that Modi also had a good interaction with Vice President Kamala Harris. Sandhu shared that the Quad summit hosted by Biden was also successful, with Modi in attendance along with Australian Prime Minister Scott Morrison and Japanese Prime Minister Yoshihide Suga.

“There was a good, candid, and substantial exchange between all the four leaders,” said Sandhu. “In fact, in vaccines, all the four countries are bringing their respective strengths together and we are on our way to producing one billion vaccines in 2022, which will be distributed over the Indo-Pacific particularly in Southeast Asia.”

In other news, much of Biden’s legislative agenda in the form of the two bills that Democrats are hoping to get passed through Congress remains an uphill battle as Democratic Senators Joe Manchin of West Virginia and Kyrsten Sinema of Arizona threaten to block it. Manchin and Sinema have publicly opposed the $3.5 trillion, 10-year social safety net, while progressives have threatened to oppose voting on the infrastructure proposal. Manchin remains opposed to the $3.5 trillion price tag, suggesting that $1.5 trillion is his top-line number, sparking backlash.

MSNBC anchor Chris Hayes blasted Manchin’s comments, saying that there is no such thing as a brutal fiscal reality. Researcher and writer David Atkins also said that it is more fiscally prudent to make investments for the future that will be paid for by taxing the wealthiest.