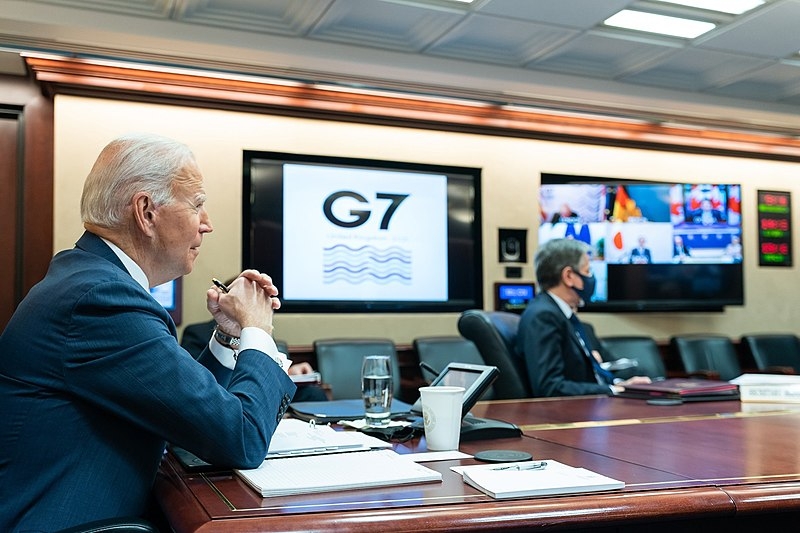 Joe Biden is already getting in touch with world leaders in the hopes of re-engaging the US with its allies. This week he is set to meet with Canadian Prime Minister Justin Trudeau to discuss relations especially after the cancellation of the Keystone XL Pipeline.

The White House announced over the weekend that Biden will be meeting Trudeau on Tuesday. Due to the pandemic, the meeting between the two leaders will be virtual as they aim to discuss the shared concerns of the two countries especially after Biden ordered the cancellation of the Canadian-funded Keystone XL pipeline. Biden and his Cabinet will also be meeting with their Canadian counterparts to discuss a range of issues.

According to White House Press Secretary Jen Psaki, the meeting would provide a way for the two leaders to go over joint efforts in the issues of COVID-19, climate change, and the economic ties between the US and Canada. “The president will highlight the strong and deep partnership between the United States and Canada as neighbors, friends, and NATO allies,” said Psaki.

Trudeau called the US-Canada relations “one of the strongest and deepest friendships between any two countries.” Trudeau was also the first world leader to congratulate Biden in his election victory against Donald Trump and was the first leader Biden reached out to in his first calls since his inauguration. Despite the order to cancel the Keystone XL pipeline, Trudeau has said that Canada will seek exemptions to a US effort to make sure government agencies buy US-produced goods under Biden’s “Buy American” plan. The effort could hurt Canada due to its economic ties with the US.

Meanwhile, National Security Adviser Jake Sullivan said that the US is already beginning talks with Iran over detained Americans. Speaking on CBS “Face the Nation,” Sullivan stressed that the US will not accept a long-term proposal to detain Americans in an unlawful manner. When pressed on the ongoing nuclear standoff between the two countries, Sullivan suggested that it was now up to Iran to make the move.

“We have begun to communicate with the Iranians on this issue, yes. And we will continue to do so as we move forward,” said Sullivan, regarding the detainment of Americans in the Islamic nation.