Joe Biden calls on FTC to ramp up probe on oil, gas companies 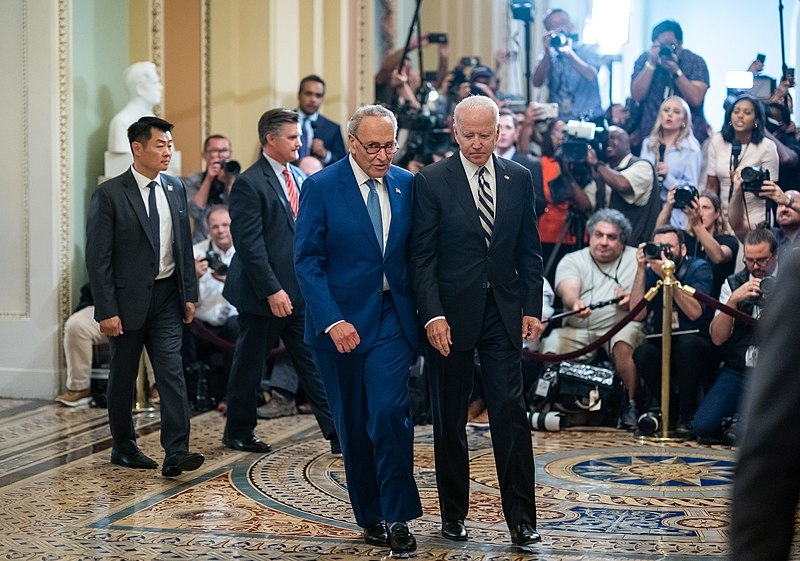 In the midst of a recovering economy in the US, there has also been an increase in gas prices as well as inflation. US President Joe Biden has asked the Federal Trade Commission to ramp up its investigation into possible anti-consumer behavior by major oil and gas companies.

The White House is pushing to try and lower gas prices even as the global oil supply determines the prices of gas and heating oils. Biden told FTC chair, Lina Khan, in a letter Wednesday to double down on its efforts to get to the bottom of possible illegal activity being done by oil and gas companies. Biden previously asked the FTC back in August to probe for possible illegal activity that is causing the increase in gas prices that play a part in inflation.

“The Federal Trade Commission has the authority to consider whether illegal conduct is costing families at the pump. I believe you should do so immediately,” Biden wrote.

“I do not accept hard-working families paying more for gas because of anti-competitive or otherwise potentially illegal conduct,” the US leader continued, citing that gas prices are still increasing at the pump despite the price of unfinished gasoline lowering the previous month. Biden also noted that two major gas and oil companies were set to nearly double their net income today than in 2019.

“I, therefore, ask that the Commission further examine what is happening with oil and gas markets and that you bring all of the Commission’s tools to bear if you uncover any wrongdoing,” wrote Biden.

In other related news, Biden said Thursday that the US is considering boycotting the 2022 Winter Olympics that will take place in Beijing. The boycott is in protest of China’s human rights abuses, which would keep diplomats but not athletes from the games. Biden made the announcement as he hosted Canadian Prime Minister Justin Trudeau in the Oval Office.

White House Press Secretary Jen Psaki told reporters that there was no set timeline for a decision by Biden on whether to go through with a possible boycott of the games.