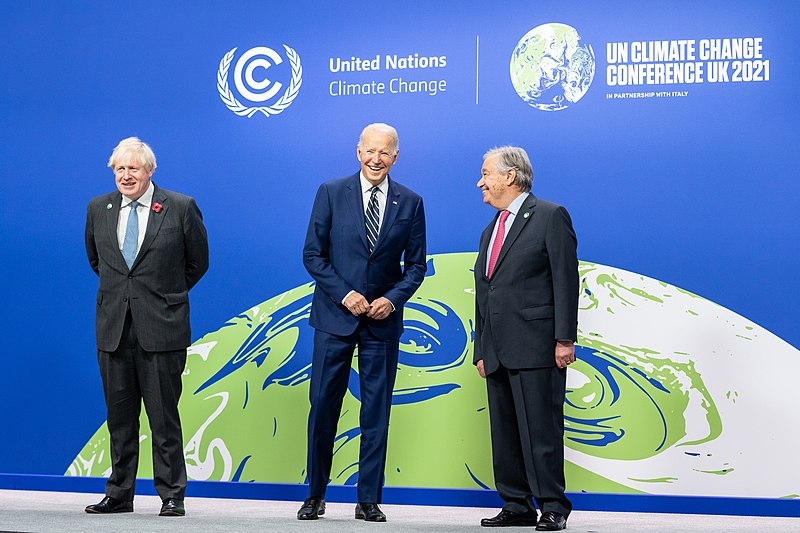 Back in January, US President Joe Biden made several reversals of his immediate predecessor’s policies shortly after getting inaugurated as the country’s new president. During the COP26 climate change conference, Biden apologized for Donald Trump’s withdrawal from the agreement.

In remarks at the UN COP26 climate change conference in Glasgow, Biden reiterated the importance of tackling climate change and also apologized for Trump’s withdrawal of the US from the agreement. The twice-impeached former president cited that the Paris climate accords killed jobs. Biden immediately reversed the decision and rejoined the US into the agreement shortly after getting sworn in as president.

“I guess I shouldn’t apologize but I do apologize for the fact that the United States in the last administration pulled out of the Paris Accords and put us sort of behind the eight ball a little bit,” said Biden.

The US leader argued that fighting climate change would boost economies rather than hurt them.

“Within the growing catastrophe, I believe there’s an incredible opportunity -- not just for the United States but for all of us,” said Biden in his remarks. The US leader also promised that the country would become a leader for climate change through actions, not words.

Biden also dismissed the criticism that cutting down greenhouse gases and dependence on fossil fuels will only hurt jobs, saying that tackling climate change is also about jobs. The US leader cited that transitioning into electric vehicles, solar panels, and wind turbine networks will provide “good, paying union jobs for American workers.”

Biden went on to cite several natural calamities that have already occurred in the world as a result of the changing climate and the warming planet.

Biden is looking to tackle climate change through provisions in the Democratic-led Build Back Better Act. It still meets an uphill battle due to unanimous Republican opposition and conservative Democrat Senator Joe Manchin of West Virginia.

In other related news, Biden made a last-minute endorsement of Democrat Allison Russo for Ohio’s 15th Congressional District in time for a special election Tuesday. The US leader issued a statement Monday backing the Democrat who is looking to succeed Republican Rep. Steve Stivers. Russo is running against GOP candidate Mike Carey.