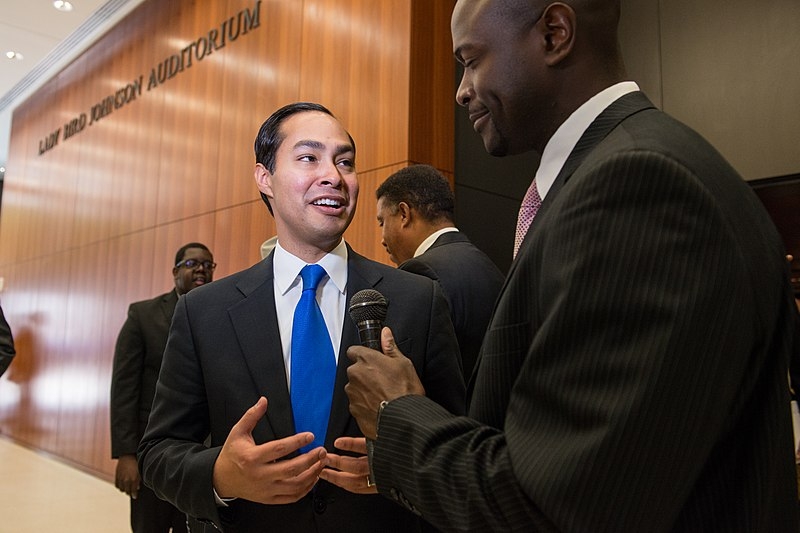 NBC News reports that after his speech addressing the ongoing racial injustice that has sparked the protests, Biden announced that Castro will be assisting in addressing the issue of police reform. Police reform was one of the highlights of Castro’s presidential campaign, and with his joining the Biden campaign, he has also tweeted his support of the former vice president.

Castro tweeted a clip of Biden’s speech in Philadelphia, saying, “Joe Biden recognizes the urgent need for real reform to address our broken policing system. I’m proud to support him, and I look forward to seeing these reforms become law, so that what happened to George Floyd never happens again.” Biden retweeted Castro’s tweet, expressing his thanks for Castro’s support and gratitude to have him join his campaign in assisting with these policies.

Biden’s senior adviser Cristobal Alex welcomed Castro into the campaign. Castro is among the former candidates who have announced their support for Biden, after initially backing Massachusetts Senator Elizabeth Warren prior to her own campaign suspension. His support plays a big factor as the former vice president has been trying to get support from the Latino community.

The former vice president also spoke to Floyd’s family on the phone to express his empathy towards their loss. Biden on Monday during a virtual fundraising event recalled that Floyd was someone that his family looked up to. One of Floyd’s brothers, Philonise Floyd, asked the former vice president to promise that there would be accountability to his brother’s death. Philonise, including his other brother Terence Floyd, also called for an end to the violent protesting as well as looting that came as a result of the chaos that ensued by anarchists during these protests.

Among those present during the fundraising was Democratic Ohio Congresswoman Joyce Beatty. Beatty was pepper-sprayed during these protests. She asked Biden what he plans to do to engage the youth who are calling for action on the systemic racism that is prevalent in the country. Biden promised that he would take this opportunity to fight the racial injustice that is present and now, especially during election time, there is a chance to be able to do it.