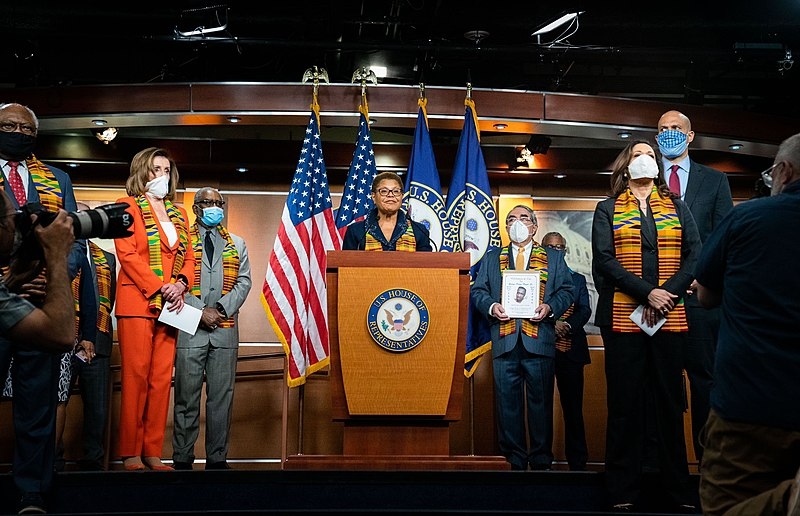 The Biden campaign is currently in the process of vetting candidates who would become Joe Biden’s running mate. It was recently confirmed that California Congresswoman Karen Bass is currently among the women who are being vetted for the position.

The Daily Mail reports that the panel in charge of vetting the women who could potentially become the former vice president’s running mates is already seriously undergoing the vetting process for the California congresswoman, according to people knowledgeable in the matter. Biden is set to reveal who he has chosen by August 1. Bass, who is also the Congressional Black Caucus Chairwoman, has served in Congress for five terms representing Los Angeles. Bass has also endorsed Biden back in March.

This report comes in light of the increasing pressure on Biden to choose a woman of color to become his running mate especially at this time when protests against racism are ongoing. Bass became more prominent as of late upon revealing the Democrats’ police reform bill and publicly commenting on race relations between the African-American community and the local police. Even as she is currently being vetted for the position, Bass has yet to comment on the possibility of becoming Biden’s running mate. However, she has previously stated that she would like to see a woman of color being chosen as the former vice president’s running mate.

House Majority Whip Jim Clyburn has also weighed in on Bass being vetted for the job. “She is a great person in my mind. I work with her every day.”

Minnesota Senator and former Democratic presidential hopeful Amy Klobuchar has also commented that Biden should choose a woman of color to be his running mate while withdrawing from the women in consideration.

In other related news, Biden’s grassroots virtual fundraiser alongside his former colleague and boss, former President Barack Obama, brought in $11 million for the campaign, perhaps the highest amount brought in during a Biden event. The initial donations before the event began had already gone up to $4 million, later going even further to $7.6 million until it reached an impressive $11 million from 120,000 donors.

During the event that marked Obama’s re-entrance into the political sphere for the first time, he urged the donors who tuned in to not get complacent. Obama also commented on President Donald Trump’s accusation towards him, saying that Trump’s presidency has gone against the norms and values of America.