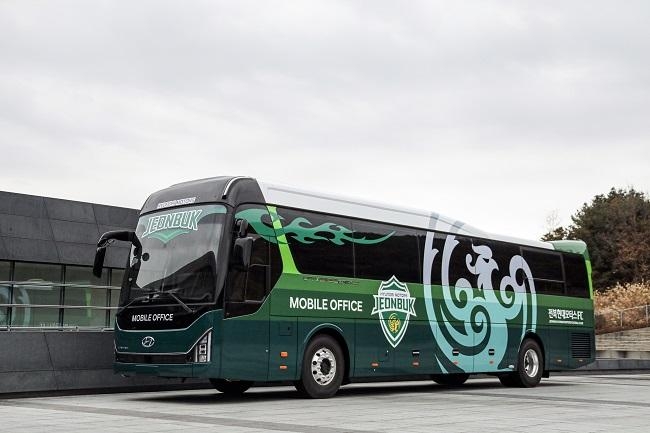 The interior and exterior of the bus prominently feature the football club’s official color green and its official emblem.

The K League 1 football club Jeonbuk Hyundai Motors has received the Universe Operation and Control Car, a remodeled version of the premium Universe express bus to provide office space on the road, from Hyundai Motor Co.

The bus has 13 passenger seats, a 65-inch television, and other facilities to allow the coaching staff and players to engage in strategy meetings.

Jeonbuk Hyundai Motors will incorporate the Universe Operation and Control Car for the 2022 season and invite fans onboard during special events.

The interior and exterior of the bus prominently feature the football club’s official color green and its official emblem.