A Comprehensive Guide on Construction Accidents In New York City

It takes a continent to regulate EU market 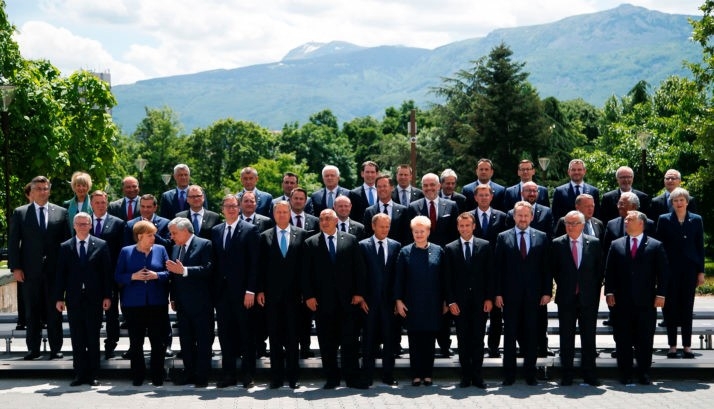 Anyone with even scant interest in the financial markets will know there is one thing that makes investors jittery: uncertainty. From economic downturns to political unrest, and from military conflicts to natural disasters, anything unstable and unpredictable creates uncertainty. And that means volatility for traders in indices and currencies.

The European zone has been free of military conflict, although Russia’s recent activity in the Crimea and Ukraine has raised eyebrows. And by and large, there have been no natural disasters, save harsh winters affecting some food production in southern Europe. Britain's middle-classes were horrified at the news of potential avocado shortages.

But what has impacted Europe more than anything else is political unrest and, in some cases, economic chaos. Brexit has and still is, causing huge disruption to the EU, and that’s continuing to put pressure on the Euro currency (not to mention making the British pound an interesting Forex target). Further worries for the Eurozone are centred around recession. First, Greece plunged into economic chaos, defaulting on its payments to the International Monetary Fund in 2015. Spain and Italy also spiralled into problems, with unemployment in Spain at one point up to 26.9%, although that has settled to a still-high 15%. In Italy, unemployment in May 2019 was 9.9%. In comparison, the UK rate is down at around 3.8%.

While the Spanish and Italian economies are not the biggest in Europe, pressures there do impact on the Euro currency, which straddles the Eurozone. The biggest economy on the continent is Germany, and unfortunately, things are not looking too great there, either. The country narrowly avoided going into recession earlier this year, and latest projections show it may still do so before the year is out.

So, what does all this mean for currency traders, both professional and amateur Forex investors? In reality, they love the volatility, because they can make a profit by backing a currency price to fall or rise. If a currency like the GBP is flatlining, there’s no money to be made from trading on it. Additionally, Forex trading is well regulated by each country, making it safe for investors.

While traders are happy, the business world and Governments don’t want to see downward pressure on their own currency. A fall in the value of the Euro might help exporters, but it adds net cost to imported goods. And downward pressure also increases the risk of rising inflation, which can trigger all manner of problems locally.

Any country with its own currency can take unilateral decisions that will hopefully influence its currency in a positive way. In the US, for example, the Federal Reserve might raise interest rates to control inflation, which in turn helps the USD.

But in the EU, and all those countries tied into the Euro currency, there is no unilateral ability to influence the currency, thereby affecting Forex pairs such as USD/EU or GBP/EU. Sure, if the German economy collapsed, the EU would plummet but, by and large, nations coming together stabilize the currency somewhat. There are positives in this direction – EU trade deals provide stability and make doing business with the Eurozone attractive.

However, the advantage of sticking together becomes an Achilles Heel when one of the leading participants wants to break away. That, of course, has been the United Kingdom. Although the UK kept the British Pound, refusing to join the Euro project, it has very much been a leading player in the EU since joining the European Common Market in 1975 under Prime Minister Ted Heath. The referendum result to leave the EU in 2016 sent shockwaves throughout Europe.

Here we are more than three years later, and the UK still hasn’t left. The latest Brexit deadline to do so is October 31 this year. Meanwhile, the whole continent continues to be hit by that horrible word: uncertainty. As things stand, the UK’s withdrawal agreement continues to be unconfirmed, and no-one can say for sure just how Brexit will look. The risk of leaving without a deal – widely accepted as being the worst option all round – is very much back on the table, especially as Britain is about to get a new Prime Minister in Boris Johnson (unless there’s a shock and current Foreign Secretary Jeremy Hunt wins the race to replace Theresa May).

Had the UK left last March, as expected, and with a deal that had been agreed and settled well in advance, pressures on the Euro and on the GBP currencies would have been eased because there would have been more clarity about the economic outlook for both the UK and the Eurozone. As it is, we’re no closer to knowing what’s going to happen now as we were when the referendum result was announced in June 2016. While that continues to cause currency volatility, the Forex traders won’t mind. But Government and business just want to get rid of that lingering word, uncertainty and will be working together to achieve it.