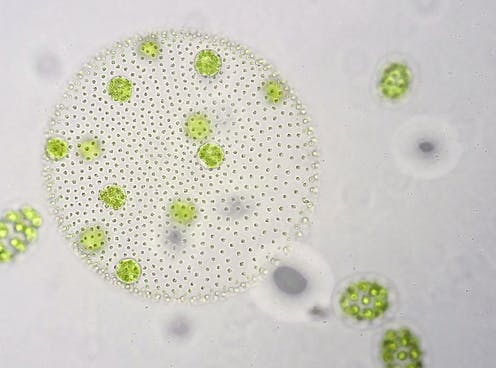 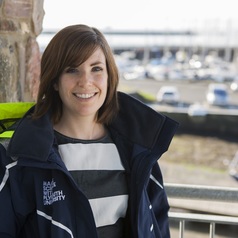 Phytoplankton are microscopic algae living throughout the ocean’s surface waters. They can’t swim and are at the mercy of the currents and tides. Despite their small size, phytoplankton enable life in the oceans – and throughout the planet – to exist.

These tiny organisms have been producing oxygen for the world for hundreds of millions of years. But most people know very little about them, what they do for the rest of the world and the threats they are facing.

Phytoplankton are thought to have made an appearance in the Bible’s Book of Revelation, which says: “A third of the sea turned into blood, a third of the living creatures in the sea died, and a third of the ships were destroyed”. Modern scientists think this must be a reference to a harmful algal bloom, or red tide, that can be cause by phytoplankton and can discolour that water. These can also produce toxins, causing illness and even death in animals – fish, whales, manatees, birds, and even elephants – and people.

They’ve made their way into modern culture, too. Alfred Hitchock’s movie the Birds, where birds attack residents of a California town, was inspired by birds behaving erratically due to toxic phytoplankton. 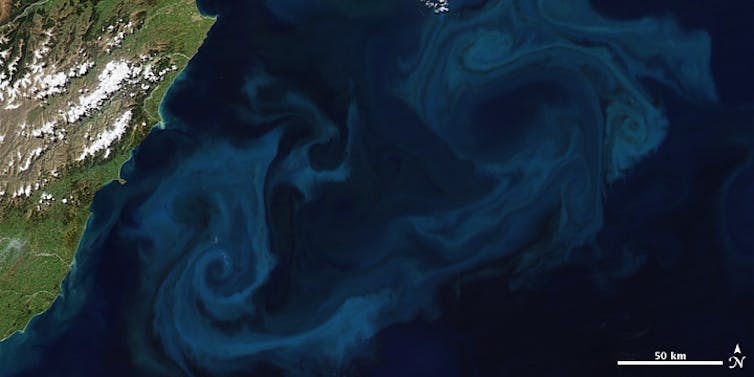 A phytoplankton bloom seen from space. NASA/Robert Simmon and Jesse Allen, CC BY

Although they’re microscopic, phytoplankton are wonderfully diverse, with thousands (or maybe even millions) of different species and hundreds of body shapes. Some have spines or form chains to help them maintain buoyancy, while others have flagella – tiny whip-like appendages – to enable them to orient themselves in the water. Some phytoplankton are covered in CaCO₃ plates, called liths, giving them the appearance of tiny footballs, which play an important role in carbon sequestration.

The lungs of the sea

Rainforests get much of the credit for oxygen production, but phytoplankton produce at least 50% of the Earth’s oxygen. Phytoplankton are the lungs of the sea – the oxygen from one out of every two breaths we take comes from plankton.

Climate change would be much more extreme without phytoplankton. They use carbon dioxide from the atmosphere to fuel photosynthesis. When they die, they sink to the sea floor, locking away that carbon. Phytoplankton absorb up to 50% of anthropogenic CO₂, which, without them, would cause higher atmospheric CO₂ levels.

Nevertheless, climate change is causing changes in phytoplankton communities. In some places, like the North Atlantic, oceans are experiencing tropicalisation – when warming waters enable warm water plankton species to move northwards while colder water species are squeezed towards the pole. 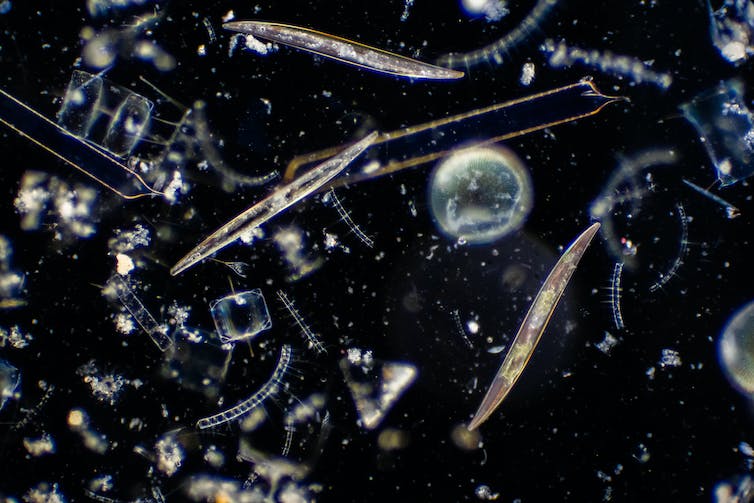 Some plankton in the North Atlantic have shifted northwards by over 1,000km (620 miles) in the past 50 years. Warming seas can cause some phytoplankton to change the timing of their blooms. These changes can affect food webs, as the phytoplankton may bloom too early or late to feed the zooplankton that depend on them.

This is why it’s important to monitor them. There are many ways to monitor plankton, including sampling with bottles or nets, or estimating phytoplankton biomass from space using satellites. The Continuous Plankton Recorder survey has monitored plankton in the North Atlantic since 1931, using commercial vessels such as ferries and cargo ships on their normal routes to tow a one metre long recording device through the sea behind the boat.

The devices filter seawater through a moving band of silk, trapping the plankton. The silks are then sent to a laboratory in Plymouth, UK, to identify and count the plankton. The survey has recorded almost 800 taxa of plankton, around 300 of which are phytoplankton. It’s created a 90-year-old record of North Atlantic plankton, allowing us to better understand the marine food web and detect changes in the marine environment caused by pollution, fishing and climate change.