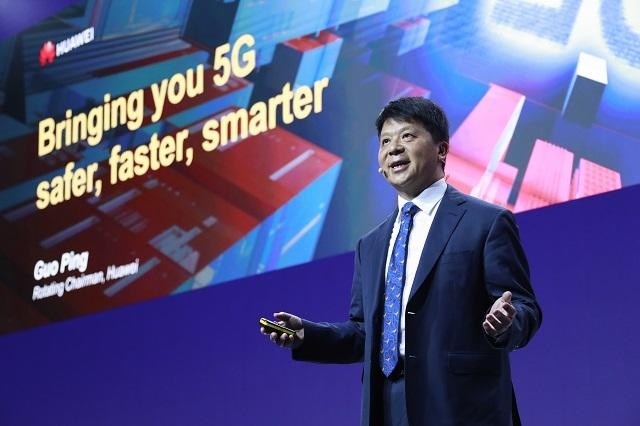 Huawei chairman, Guo Ping, pointed out that the US has modified its sanctions for the third time, bringing challenges to its production and operations.

Huawei Technologies called on the US to reconsider its trade restrictions, which were hurting its suppliers globally.

The US has implemented trade curbs designed to choke Huawei’s access to commercially available chips.

The company's chairman, Guo Ping, pointed out that the US has modified its sanctions for the third time, bringing challenges to its production and operations.

Guo added that if the US reconsiders its policy, they are still willing to buy products from US companies.

But the US is not backing down from its fight with Huawei, saying last month that it would expand its “Clean Network” program to prevent various Chinese apps and telecom companies from accessing vital information on American citizens and businesses.

The US believes that Huawei is a vehicle for Chinese state espionage and from Sept. 15 imposed new curbs that bar US companies from supplying or servicing the company.

Guo said that Huawei was feeling the pinch of the US restrictions on its smartphone chip stocks, although the company had sufficient chips for its business-to-business operations, including its 5G network enterprise.

Suppliers such as Qualcomm were applying for US licenses that would let them continue servicing Huawei.

Intel already received licenses to supply certain products to Huawei, while China’s Semiconductor Manufacturing International Corp, which uses US-origin machinery to produce chips for Huawei, has applied for a license.

Huawei was willing to use Qualcomm chips in its smartphones should the latter get a license.

Huawei recently announced that it would stop manufacturing its most advanced Kirin chips, which power its high-end phones.

The company's supply of Kirin chips is set to run out next year.

Amid concerns that Huawei's mobile division is about to fold, consumers rushed to buy Huawei phones by as much as $74.