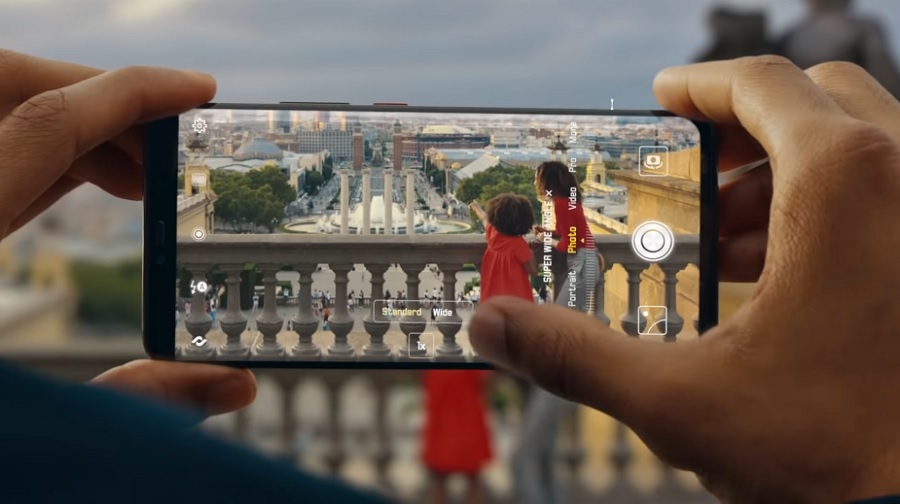 From the Huawei P30 trailer. | Photo by Huawei/YouTube screenshot

A mix of trade, security, and political issues have apparently contributed to the decisions of several governments to ban or limit the selling of Huawei products in its territories. But the continuous release of rumors and information leaks seem to suggest that the Chinese tech giant will not disrupt its annual smartphone cycle. If so, the Huawei Mate 30 series shall be expected later this year.

The top 2 smartphone maker in the world (as of 2018), unveiled the Huawei P30 series last spring. It sports an array of hefty specs and components that only increases the expectations towards the Huawei Mate 30. And it appears that the work for it has already kicked off.

A recently leaked photo allegedly shows the display panel for Huawei Mate 30. Judging from the five punch holes seen in the images, the display notch will not be only housing the front-facing camera. Some of it could be intended for more advanced sensors such as a 3D depth-sensing cameras for a facial recognition feature.

#Huawei #HUAWEIMate30
Some chinese told that it could be the screen protector of Huawei Mate 30. Ok, lets see) pic.twitter.com/iutfIP8plY

Another possibility is that the Huawei Mate 30 will maintain the in-display fingerprint reader as the main biometric authentication. The facial recognition feature, on the other hand, could be an exclusive feature of the Pro variant.

The Mate 20 and P30 series are both powered with Huawei’s 7-nanometer Kirin 980 chip. But with reports that the work on Kirin 990 was completed earlier this year, it is possible to be launched on Huawei Mate 30. The eight-core Kirin 980 is already clocked at 2.6GHz, which makes tech fans wonder just what base speed its successor is going to have.

If the base model of Huawei Mate 30 is, indeed, having a very curvy screen, both variants will most likely sport an OLED panel. Meanwhile, Huawei might maintain a minimum of 6GB RAM just like it did in the P30 series.

#Huawei - #HuaweiMate30 - Leaked Huawei Mate 30 Pro screen protector hints for the most curved display on a phone yet. https://t.co/ac8UEJjG4C pic.twitter.com/Jzi28wTiNw

The company remains mum about all the leaks and rumors. They will likely maintain that silence as Huawei Mate 30 might not be announced until fall.