Weightlifting: how beginners can get started this new year 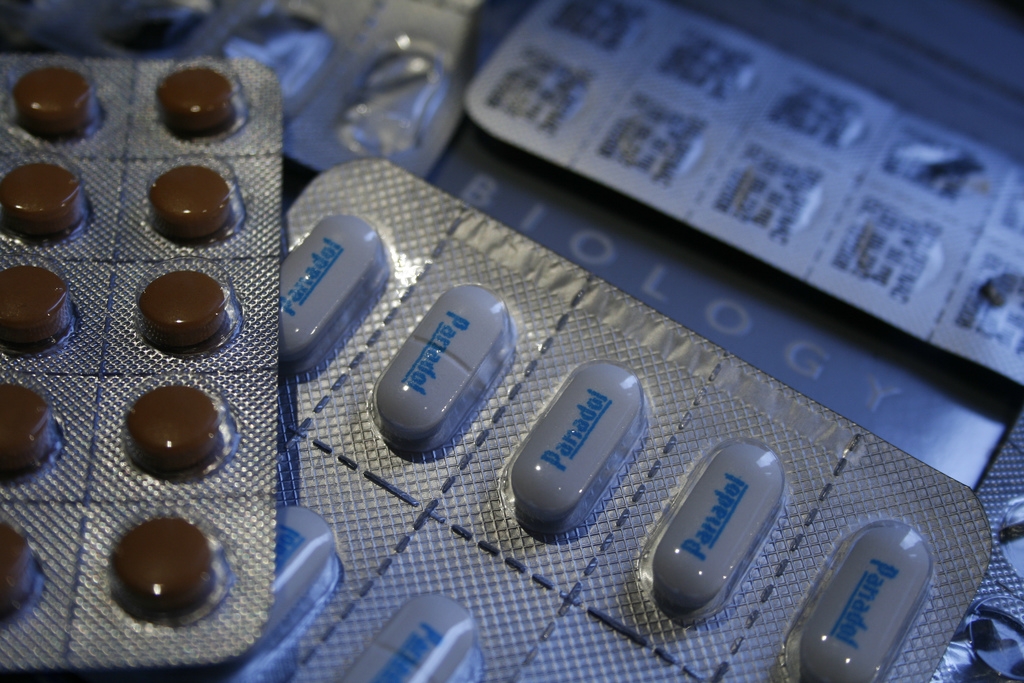 Overdoing it? Pills and thrills and bellyaches. (flickr/Jean-Etienne Minh-Duy Poirrier)

The population of Europe is ageing rapidly. But as we add years to life, are we successfully adding life to years? A recent analysis suggests not. The concept of healthy ageing – emphasising physical, social and mental well-being – has become a policy priority with the EU’s ambitious target to increase healthy life expectancy by two years by 2020. To achieve this, we will need to tackle head-on the crucial, yet often neglected, problem of medication-related harm among older people.

The World Health Organisation (WHO) estimates that one in every four people in Europe will be aged over 65 by 2050. This reflects a doubling in the older adult population, and the fastest population growth will be in those aged 80 years and over. This growing cohort of older people is the largest consumer of healthcare services and prescription medications in Western society.

It is a global trend, and the US gives us some useful data to describe it. Between 1990 and 2000, prescription drug spending in America grew by 11.6%. It cost US$263 billion in 2011, when it represented almost 10% of national health expenditure. Over a similar period, the expenditure on marketing of prescription drugs by pharmaceutical companies tripled to over US$4 billion.

The situation in the UK is no different, where two-thirds of the primary care prescribing budget is spent on older people in an NHS which has a rising drugs bill currently sitting at more than £14 billion annually. Over the last decade, there has been a 55% increase in the number of prescription drugs dispensed in England. Excessive demands on GPs have contributed to this.

As the UK government pushes almost £22 billion in efficiency cuts on the NHS by 2020 and £200m removed from the public health budget for the 2015-16 financial year, “deprescribing” medications that have poor evidence for benefit and good evidence for harm should be a priority. This can be done safely, and has been shown to improve health.

Despite this, public health programmes which are evidence-based, cost-effective with a focus on primary prevention, and with low potential to cause harm are suffering the brunt of austerity. Inappropriate prescribing of antibiotics has attracted attention with the first World Antibiotic Awareness Week launched by the WHO, but this must be considered within the wider public health context of over-medicalisation and harm.

The alarming fact at the centre of this is that at least one in every six hospitalisations of older people is due to a harmful effect of their medication. The vast majority of these are preventable. In 2004, it was estimated that adverse drug reactions cost the NHS £466m but given the substantial increase in prescriptions since this estimate, it is reasonable to assume that the cost today is greater. The most commonly implicated drugs in preventable hospital admission are anti-platelets, diuretics, nonsteroidal anti-inflammatory drugs and anticoagulants.

Medicine is conceptualised as both a science and an art. The science is about evidence-based patient management and the art is about considering the person as a whole rather than a single disease entity. Much of the management of older patients is based on extrapolation from clinical trials that exclude this population, particularly those that are frail or have cognitive impairment which today represents a significant proportion of this population.

Furthermore, clinical trials are far from representative of real life for the average patient. They do not have a research team monitoring and supporting an ideal use of a medication to achieve therapeutic benefit.

As such, the evidence for benefit of many commonly prescribed medications is patchy at best, and is dependent on large numbers of older people adhering to the medication regimen for a long period of time. For example, Statins, a class of drug that commonly attracts public attention, is one of the most commonly prescribed drugs for older people at risk of cardiovascular disease despite an absence of robust evidence to make an informed risk-to-benefit analysis.

The art of treating an older person requires consideration of this complex analysis, including their multiple possible chronic illnesses, their life expectancy, and most important their own informed wishes for medical management. “Successfully” treating one illness at the expense of the patient is no success at all.

The National Institute for Health and Care Excellence (NICE) has been criticised for its guidance on the management of many conditions that affect older people such as hypertension and diabetes. This is because the guidance is disease-specific, treating patients as an example of the disease rather than as a whole, complex person. This misguided patient management has even been incentivised through payment mechanisms in primary care which reward doctors for tackling certain chronic illnesses through the quality and outcomes framework.

Nevertheless, it is an encouraging sign that NICE will publish guidance for the management of patients with multiple long-term conditions next year which is hoped to rationalise the medicalisation of older people.

Ivan Illich infamously described the medical establishment as a major threat to health in the opening line of his polemic “Limits to Medicine”. While I wholeheartedly disagree with this assertion, it is time to step away from the status quo of a pill for every ill and remind ourselves of a central tenet of medicine primum non nocere – first, do no harm.

Nikesh Parekh does not work for, consult, own shares in or receive funding from any company or organization that would benefit from this article, and has disclosed no relevant affiliations beyond the academic appointment above.