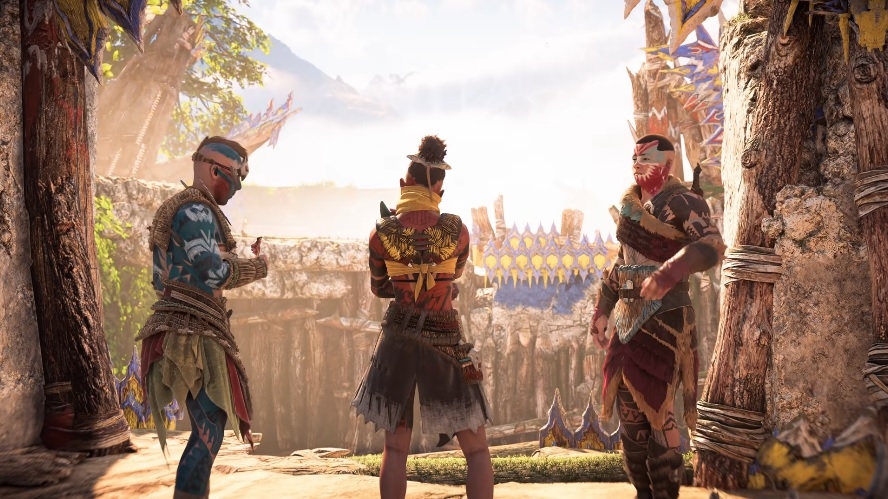 As the release date of “Horizon Forbidden West” approaches, developer Guerilla Games reveals more details about the world of Forbidden West and its key players aside from Aloy. Most recently, the studio unveiled a new trailer focusing on the factions Aloy will meet while leaving some details under wraps for players to discover once the game arrives.

One of the main features of the sequel game, as the title suggests, is the region named Forbidden West. Aside from vast new areas to explore, going through new locations means meeting more factions that could be Aloy’s allies or enemies. Some of the tribes introduced in “Horizon Zero Dawn” are confirmed to return in “Horizon Forbidden West,” but other factions are more mysterious.

Despite the Tenakth’s power over Forbidden West, it is not the most united tribe in the game. As mentioned in the trailers, the tribe is divided among three clans who only agreed on a “fragile peace” to deal with Regalla and her rebels, who were depicted as a fierce group controlling some Machines in the trailer.

However, as intimidating as Regalla’s faction looks, Guerilla says there is another tribe that is stronger than the Tenakth. The developer did not reveal the tribe’s name, suggesting that it could be kept a secret until “Horizon Forbidden West” launches.

Aside from the Tenakth, the Utaru is another tribe that players will likely know more about in “Horizon Forbidden West.” The Utaru seem to be very different from the Tenakth. In the first game, the Utaru was described as an agrarian tribe. That is reinforced in the new trailer, showing that their culture is closely connected to protecting and healing their land.

The trailer about the tribes also confirmed that the Oseram and Carja will still be featured in the upcoming game. “Horizon Forbidden West” will be released on PS4 and PS5 on Friday, Feb. 18.